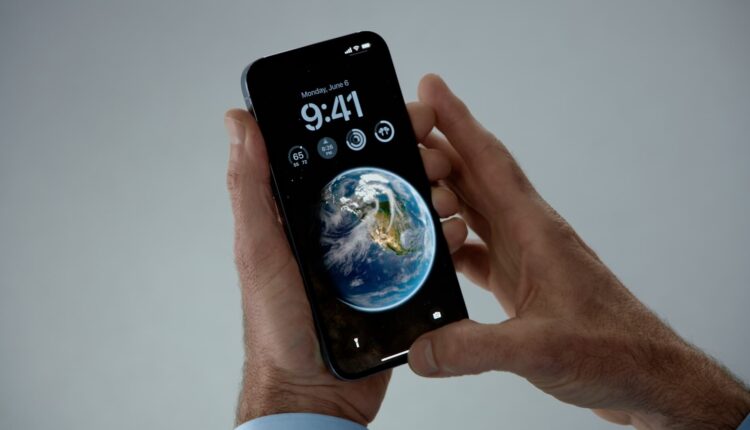 Apple announced the biggest iPhone software update of the year this week.

The software, revealed Monday during Apple’s Worldwide Developer Conference, includes the biggest change to the look of the iPhone’s lock screen since 2014 and improvements to commonly used apps such as Messages, Mail and Maps.

It will be available to everyone with an iPhone released in 2017 or later. The oldest device supported is the iPhone 8. So, if you want these features and still have that phone, it may be time to upgrade this fall.

IOS 16 is available to people with an Apple developer account now. It will be released as a beta version for the public next month and will launch for everyone alongside new iPhones in September or October.

Here are some of the biggest changes you should know about:

Customizable lock screens. Users will be able to add smaller widgets with real-time data such as the weather forecast on the lock screen, and even change the font of the clock for the first time. Some apps will be able to display customized widgets with information such as sports scores or how close your Uber is. Apple also introduced several new lock screen wallpapers with images like an interactive planet Earth. Notifications now appear at the bottom of the screen instead of at the top.

Unsend and edit iMessages. The new version of iOS will include several major updates to the Messages app, which sends SMS texts (green bubbles) and iMessages (blue bubbles). When iMessaging with another Apple user, you’ll have 15 minutes after sending a message to either edit it or unsend it. The other user won’t get a notification but will see that the message has been edited or recalled. Users will also be able to mark texts as unread.

Better group texting with Android users. IPhone owners who text with Android users might be familiar with how SMS messages handle Apple’s tapbacks, the small thumbs-up, thumbs-down or heart emoji you can add to a text. Right now, you’ll see a text that announces a user has loved or emphasized a text. In the new iOS, those reactions get attached to SMS messages the same way as an iMessage.

Schedule emails for the future. The built-in Mail app on iPhones is getting improvements, too, such as a more functional search feature as well as the ability to schedule sending an email for a time in the future, like tomorrow morning at 9 a.m.

AI automatically sorts, edits, translates and shares photos. IPhones have had the ability to create photo albums based on locations or people for the past few years. But now the app is using artificial intelligence to automatically share photos with up to six people based on who’s in the photo — such as kids or family members. That means, for example, you can set it so every time you take a picture of your kid your partner also gets the picture. Apple is also adding AI features that can translate text in photos or videos that the user takes. The coolest AI feature is called Visual Look Up, which can cut out a dog, a person or other subject from a photo and place it into images or other apps as a sticker.

Short-term loans in Apple Wallet. Apple’s Wallet app, which holds keys, credit cards and other digital passes, continues to be an area of focus for Apple. Apple wants the Wallet app to replace everything that’s currently in your wallet, including cash and IDs. This year, Apple introduced a buy now, pay later feature called Apple Pay Later. You can use it to make purchases anywhere Apple Pay is accepted and then pay off the balance through four payments over six weeks. Apple Wallet in iOS 16 will also make it easier to share digital car or home keys through messaging.

Apple Maps can add multiple stops to a route. Apple Maps is getting an update that will allow you to add different stops to a route. So, if you’re driving somewhere and you’re planning to pick someone up on the way, you can add their house as the first stop on the way to your destination. It means you don’t have to enter one destination into the app and then enter a second one later. This is perfect for planning a summer road trip and essential for people with electric cars who need to find chargers. Separately, next year, Apple will reveal an updated version of its car software, CarPlay, that will take advantage of this Maps update and more closely integrate with the car’s built-in hardware.

More ways to control notifications. Building on last year’s Focus mode, Apple will enable users to have entirely different wallpapers or app setups for different times of day, like when the user is at work or asleep. Individual apps including Calendar, Mail and Messages will allow users to customize which notifications and content belong in each Focus mode.

“Hey Siri, hang up.” Siri will soon help you hang up a FaceTime or phone call.

Apple’s Home app gets a redesign. Apple also said this week that it’s supporting Matter, an open standard for smart home hardware such as locks, lights and blinds. It also redesigned the Home app to better show things such as multiple cameras in and around your house in an easy-to-view side-by-side mode.

Medication and sleep tracking in the health app. Apple’s health app now allows users to input their medications and how often they’ve taken them. Users can add medications by simply taking a photo of the bottle, Apple said Monday. The app can even remind users when it’s time to take their medicine and warn them of potential interactions. Plus, Apple Watch owners will be able to monitor their sleep and heartbeat in the iPhone health app.

Safety Check. A new feature called Safety Check enables users to quickly turn off all services and apps, such as location, being shared with the user’s family. Apple said the feature was designed in partnership with women’s groups and is particularly designed to make it easier to stay private or protect personal data and safety when leaving an abusive relationship.

Read more about tech and crypto from CNBC Pro