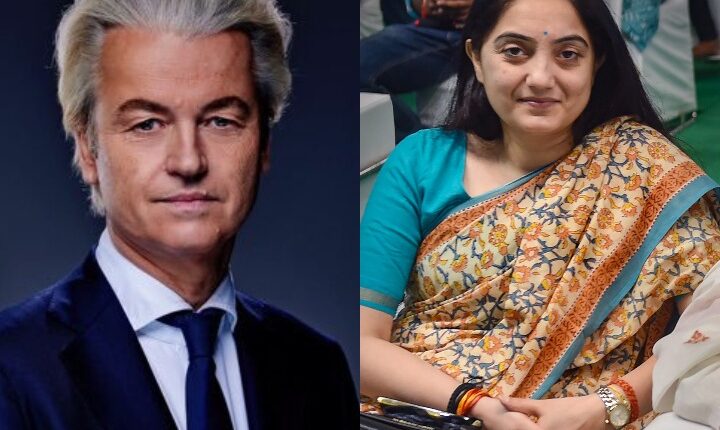 Greet Wilders on Nupur Sharma: On one hand, while Nupur Sharma’s controversial remarks on Prophet Mohammad are being criticized on all sides, the opposition leader of the Netherlands, Geert Wilders has given EXCLUSIVE to ABP News. It has been said in the conversation that Nupur did not say anything for which she should be threatened with death or pressure should be made on India to apologize. Wilders, the head of the opposition party with 17 MPs in the Dutch Parliament, said that what Nupur Sharma said on Prophet Mohammed are facts. It is wrong to threaten him with death or he should face the action of his party or India should be pressured to apologize for this.

He said that I expected that in a big country like India, many people would come out in support of a woman leader, many leaders would stand up. But you are raising my statement in the Netherlands, thousands of miles away from India. Like Nupur, I too had to face the danger of life for raising questions on Islam. Had to go to a safe place with my family.

Wilders said that it is wrong for Arab countries to pressurize India to apologize. India should not bow down to this at all. Organizations like OIC create pressure. Islam and freedom cannot go together, it comes to the fore again and again. Because in Islam, choosing a way out means death. Because Sharia does not allow it and Muslims consider it above every law and constitution.

He said that democratic countries run on their social values ​​and systems. Its citizens have the freedom of choice and practice of religion. Be it India or the Netherlands, their democratic values ​​are considered valuable. Because in a democracy based system everyone has the right to disagree, but no one can be given the right to threaten to kill.

Wilders said that I am not anti-Islam. But even liberals have no place in Islam. Radicalism is encouraged. I oppose this. That is why fatwas have been issued against me. Nupur Sharma should not be marked for death. Thousands of miles away, I cannot do much for Nupur’s support. But I would urge that more and more people in India should oppose the attacks on Nupur. At my level, I will try to raise the issue in the Dutch Parliament. We should keep in mind that we argue when we disagree. Pick up the pen. But don’t take the sword. The way of raising the sword on dissent is wrong. It should be opposed. That’s what we’re trying to do.

read this also: Congress On Nupur Row: Congress’s strong attack on Nupur Sharma, said – send snakes back in bills, otherwise PM will bite them too