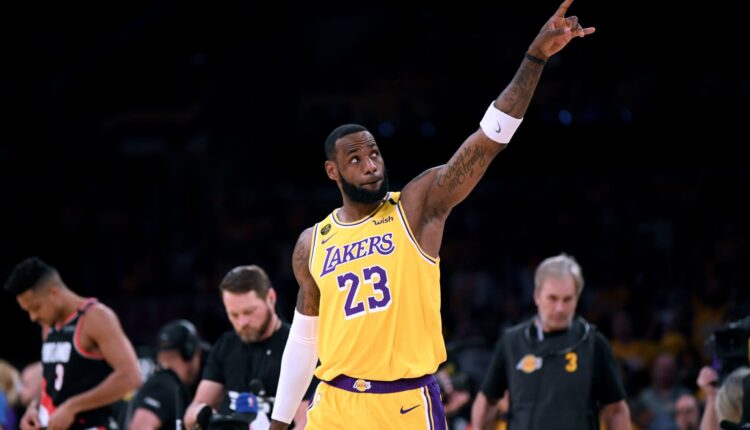 LeBron James won’t be playing in the NBA Finals this year, but he has still captured a new title: billionaire. If you want to see the NBA’s best player’s team in action, check out the Lakers schedule and buy some tickets.

The 37-year-old Los Angeles Lakers star has officially joined the three-comma club, according to Forbes, after earning another $121.2 million over the past year. He is the first-ever active NBA player to reach billionaire status.

The only other NBA star to become a billionaire is Michael Jordan, who didn’t attain the status until 2014, more than a decade after he retired as a player.

James, who just finished up a two-year, $85 million deal with the Lakers, has earned $387 million in salary during his playing career, according to Spotrac. Forbes reports that he has earned an additional $900 million in endorsements since he entered the league in 2003.

James has embarked on a number of lucrative business ventures over his 19-year playing career. In 2016, he signed a lifetime deal with Nike that is rumored to be worth more than $1 billion on its own, though the figure was never confirmed by James. He also has a stake in the SpringHill production company worth $300 million, Forbes reports.

Additionally, James has partnerships with chains like Blaze Pizza, where he is an investor and owns a 10% stake that Forbes estimates to be worth $30 million. He’s an investor in the Fenway Sports Group and saw a cash windfall from the sale of Beats to Apple in 2014 because he owned a small portion of the company.

Forbes also estimates that he owns $80 million worth of property, including a nearly $37 million 13,000-square-foot mansion in Beverly Hills.

Don’t expect James’ net worth to stop growing any time soon. The star is fresh off of another All-Star season and is eligible for a two-year, $97 million extension from the Lakers.