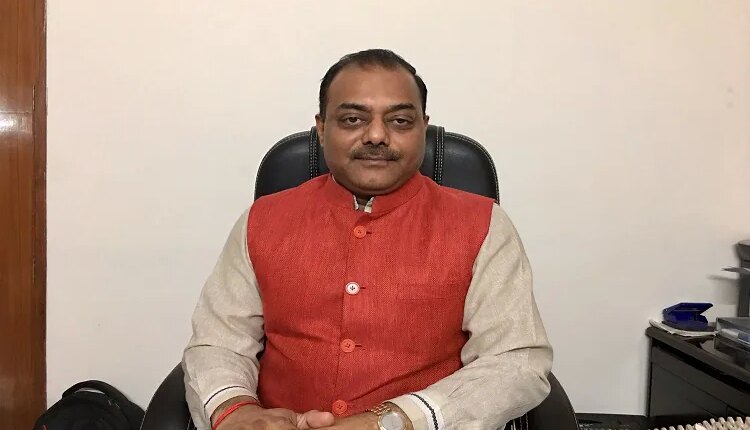 BJP Expelled Naveen Jindal: The party’s Delhi unit spokesperson Naveen Kumar Jindal, who was expelled from the Bharatiya Janata Party (BJP), said on Sunday that he did not intend to hurt the religious sentiments of anyone. Naveen Jindal said that I and my family are getting constant threats, I have complained to the DCP of East District and Delhi Police. The letter related to me was made public, on which my address is also written, it should be removed.

On the question of expulsion from the party, said that I am a worker of the party, whatever decision will be taken is acceptable. Naveen Jindal got emotional while speaking about the controversial tweet, his eyes became moist. He said that on June 1, a controversial tweet was made about Hindu deities, abusive words were written, I tweeted in response to it, but wrote the same facts in it.

i take my words back

Jindal further said that still if someone’s sentiments have been hurt by my tweet, then I take back my words. In a letter issued by Delhi Pradesh BJP President Adesh Gupta to Jindal, it was said, ‘Your primary membership is immediately terminated and you are expelled from the party.’

i don’t know got fired

Kumar had made a tweet on June 1 mentioning about Prophet Muhammad. Since then he was being criticized. The party said that his comments on social media worked to disturb communal harmony. Jindal said he was not aware that he had been expelled from the party. He told that he has not even received the letter of the state president Gupta yet.

no intention to hurt feelings

Jindal said that he had raised a question while asking questions to those who insulted and attacked Hindu gods and goddesses and he had no intention of hurting the religious sentiments of people belonging to any community. In a letter to Jindal, Gupta said that his views are contrary to the actual ideology of the party. “You have worked against the ideology and policies of the party,” he said.