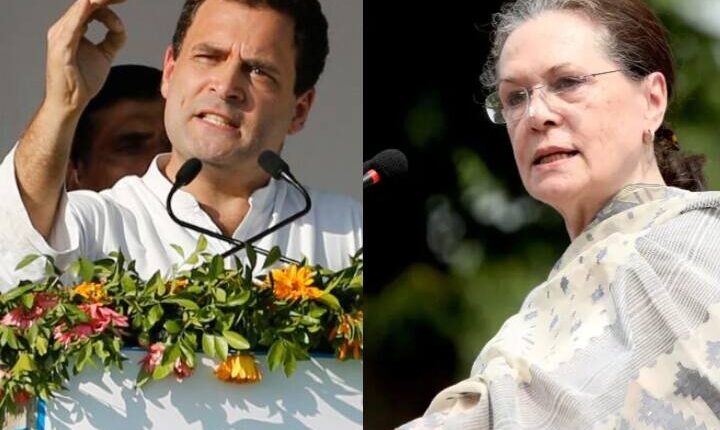 Congress on ED Notice to Sonia and Rahul Gandhi: Congress interim president Sonia Gandhi and former president Rahul Gandhi will appear before the Enforcement Directorate (ED) in the National Herald case. Congress has said that party president Sonia Gandhi and Rahul Gandhi will appear before the ED as they have nothing to hide. Party spokesperson Pawan Khera told reporters that we are a law-abiding party. We follow the rules. If he is summoned, he will definitely go. We have nothing to hide.

Congress spokesperson Pawan Khera said that we are not like BJP. We remember when Amit Shah was on the run from 2002 to 2013. Kheda said that we have no panic. Those people break the rules and send notices. They will understand who has got the frost. The ED has given notice to Sonia Gandhi to appear on June 8 in the alleged money laundering case related to ‘National Herald’.

Preparing to convert ED summons into show of strength?

Former Congress President Rahul Gandhi will appear before the ED on June 13 in the National Herald case. All Congress MPs have been asked to come to the party headquarters on the morning of Rahul Gandhi’s appearance. That is, the Congress will try to convert the ED summons into a show of strength. On the other hand, Congress President Sonia Gandhi has sought more time to appear, as she is infected with the corona virus and has not recovered yet.

Rahul Gandhi to appear before ED on June 13

Sonia Gandhi was infected with the corona virus last Thursday and her investigation report has not come negative yet. Former Congress President Rahul Gandhi has been summoned by the ED for questioning on June 13 in connection with the alleged money laundering in the National Herald case. The ED had earlier asked Rahul Gandhi to appear on June 2, but he had said that he was out of the country, requesting for some other date to appear. Rahul Gandhi returned home last week.

Naqvi on Al Qaeda: Naqvi’s response to the threat of Al Qaeda – this organization is not a protection for Muslims but a problem

Cabinet Decision on MSP: Good news for farmers, Center fixed MSP for 14 crops, know how much the price increased