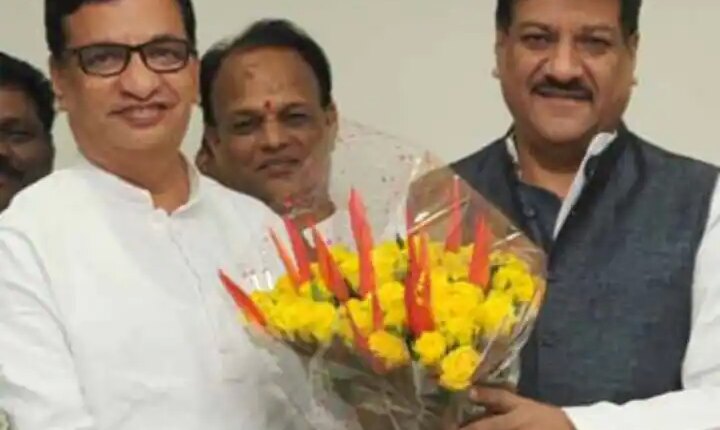 Why not meet Rahul Gandhi?

Rebellion is going on in the Congress party and now veteran leaders are openly expressing their intentions. One of them is Maharashtra’s Congress leader Prithviraj Chavan. He had recently said that he keeps coming and going to Delhi and for four years he has no meeting with Rahul Gandhi, he only meets Manmohan Singh. On Friday, he was questioned on this point that you go to Delhi again and again, you have talks with Manmohan Singh, you meet Sonia Gandhi. What is the reason for not meeting Rahul Gandhi? So in response, he said, “Look, he (Rahula Gandhi) has taken a decision. In May, he resigned from the post of the organization. It means that he had given up the responsibility of the organization. That responsibility was given by Sonia Gandhi in an interim manner.” Had taken it, now he should handle that responsibility completely.” He further said, “They are opposing Modi ji in their own way. They are going across the country, going abroad. So they are doing it in their own way.”

#WATCH , Nashik: When asked about his remark ‘Haven’t met Rahul Gandhi in 4 yrs’, Congress leader Prithviraj Chavan says, “He had resigned from his post in the org…He’s opposing PM in his own way & going across the nation & abroad. Not necessary to meet him every time.” (03.06) pic.twitter.com/GVD2EKT30o

Chavan said, “Look, as far as not meeting him for the last four years is concerned, it is not necessary that everyone will have to meet everyone and it is not about me alone. It was Kovid for two years. So no one was found and since he resigned from May, before that he used to say in general that for the work of the organization, you meet the Congress President, meet your General Secretary.

Chavan has already said that the Congress is facing leadership vacuum in many states, so regional parties are trying to fill that gap. He had also suggested to hold elections within the party as soon as possible. Prithviraj Chavan has been a strong leader of the Maharashtra Congress and he has also been the Chief Minister of Maharashtra and a minister in the Manmohan Singh government. Talking about the Congress in a recent newspaper interview, he had said that when he goes to Delhi, he meets former Prime Minister Manmohan Singh, but now his health is also not good. Channa had said that whenever she asked for time to meet Sonia Gandhi, she got it. But there has been no meeting with Rahul Gandhi in the last four years.,

UP By-Election: Congress will not contest the Lok Sabha by-elections of Rampur and Azamgarh, know what is the reason