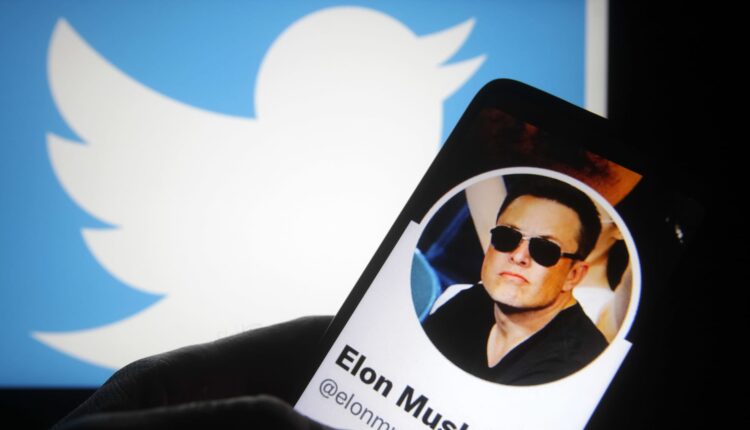 A dozen advocacy groups are launching a new campaign Friday aimed at blocking Tesla CEO Elon Musk’s $44 billion purchase of Twitter, warning he will degrade important safeguards on the platform if he’s allowed to take control.

The Stop the Deal campaign, shared exclusively with CNBC, includes plans to put pressure on government agencies to review the acquisition, persuade Tesla stockholders to take action against it ask advertisers to pull spending from the platform.

It highlights concerns that many progressives have shared about how Musk’s acquisition and plans for a more open platform could allow for more rampant hate and harassment on the platform.

Musk has already reportedly faced regulatory scrutiny over the deal, which he has recently said is “on hold,” as he seeks more information on the number of fake accounts on the platform. Twitter executives have reportedly told employees that’s not the case. In the time since the deal and that tweet, Twitter’s stock had fallen amid the broader downturn, leading some analysts to speculate he may seek a better price.

The groups behind the Stop the Deal campaign warn on their website that Musk “would steamroll basic content moderation safeguards and provide a megaphone to extremists who traffic in white nationalism, hate, disinformation, and harassment — further endangering marginalized communities.” The campaign site predicts Musk would “reinstate Twitter accounts of public figures who were banned for inciting violence and spreading dangerous disinformation.”

Though it doesn’t mention former President Donald Trump by name, that could apply to him, since he was suspended from the platform in the wake of the January 6 insurrection at the U.S. Capitol.

Musk has said his motivation behind buying Twitter is driven by his fondness for the service and his belief it should serve as a more open forum for a variety of ideas. Musk has envisioned a platform with fewer rules about what speech is and isn’t allowed, although he’s acknowledged he’d still need to follow international laws. He’s also said permanent bans, such as the one currently active against Trump, should generally be disfavored for temporary ones.

But Stop the Deal organizers say less content moderation doesn’t necessarily mean that speech will be freer and say it will lead to more harassment of marginalized communities.

“Elon Musk’s takeover of Twitter will not lead to more ‘free speech’ on the platform,” Rahna Epting, executive director of MoveOn, said in a statement. “It will simply lead to more extreme voices exploiting the platform to stoke hate, violence and harassment. Social media platforms that are nothing more than toxic cesspools of disinformation are harmful to our society and our politics.”

“With more and more threats of violence online manifesting offline, platforms are finally listening to our demands for accountability in creating a safer space online for all people, but especially Black and Brown women and LGBTQ+ folks,” Bridget Todd, communications director for UltraViolet, said in a statement.

In the legal and regulatory arena, the groups say the government could take several actions to block the deal. One option would be for the Securities and Exchange Commission to bar Musk from serving as a director or officer of a public company, citing among other actions his failure to disclose his initial investment in Twitter correctly.

The coalition says the Committee on Foreign Investment in the U.S. could also adjust the terms of the agreement if it determines foreign investments threaten national security. They pointed to a disclosure saying the deal would be funded in part by Saudi Prince Alwaleed bin Talal Al Saud and the sovereign wealth fund of Qatar.

The group also said the Federal Trade Commission could sue to block the deal if it is determined to lessen competition. But that route would likely be complicated by Twitter’s relatively small slice of the social media market as compared with peers such as Meta’s Facebook.

WATCH: A timeline of the Elon Musk-Twitter takeover saga