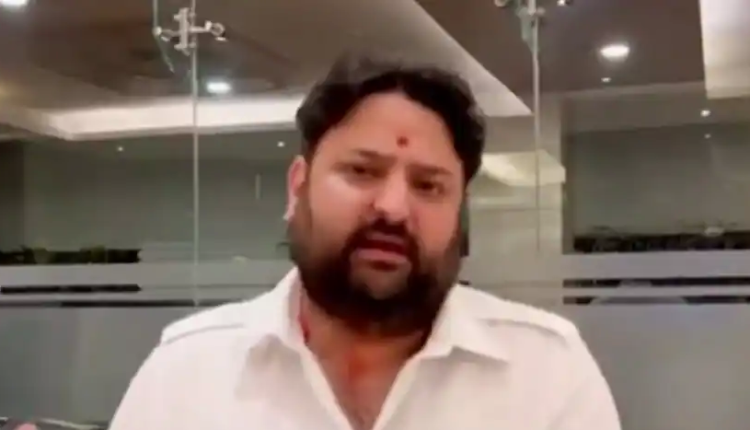 Economic Offenses Wing: Former city president of BJP’s youth wing Mohit Kamboj has got relief from the Mumbai Sessions Court. The court has given internal protection to Mohit Kamboj, saying that he will cooperate in the investigation of the fraud case with the Economic Offenses Wing of Mumbai Police, as well as he will not leave the city without informing the court. .

The Economic Offenses Wing (EOW) of Mumbai Police has registered a case against two directors of a company, including BJP leader Mohit Kamboj, for causing wrongful loss of Rs 52.8 crore to Indian Overseas Bank (IOB). This case has been registered at MRA Marg police station. At the same time, the BJP leader denied all the allegations and talked about going to court.

There is an allegation of causing harm to the banks

The Chief General Manager of Indian Overseas Bank has filed a complaint on Mohit Kamboj regarding this matter. On this matter, an official said that a case has been registered against a company and its three directors. It is alleged that he had taken a loan of Rs 52.8 crore from the bank between 2011 and 2015. BJP leader Kamboj is also one of the directors of the company. It is alleged that the loan taken from the bank was not used for the purpose for which it was taken. This caused unfair loss to the bank.

On the other hand, Mohit Kamboj has denied the allegations against himself. He said that he was already aware that a fabricated FIR (FIR) has been registered against him by the Mumbai EOW branch. He said that if people think that by registering such an FIR, they can suppress my voice or scare me, then it is a wrong misunderstanding. He also talked about going to the court with the facts.

read this also: Chances of split in Maharashtra Congress! Leaders angry over Rajya Sabha ticket distribution, Milind Deora raised questions on the existence of the party