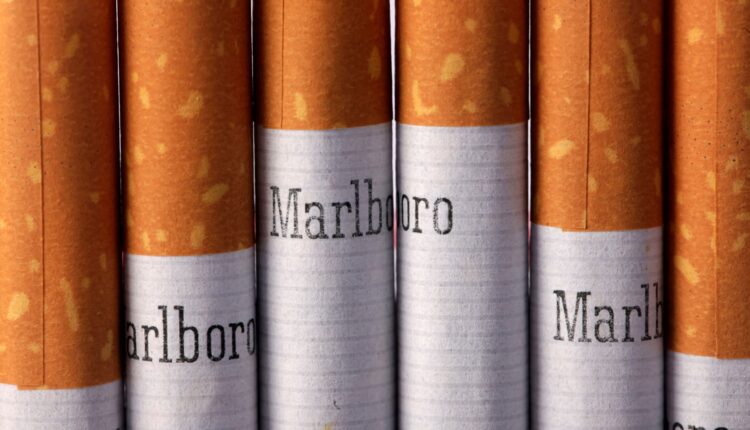 Tobacco company Altria Group could see shares suffer as inflation weighs on customers’ wallets, according to Morgan Stanley. Morgan Stanley on Wednesday downgraded Altria to underweight from equal weight. The firm cut its price target to $50 from $54. The new projection implies 7.4% downside from Altria’s closing price Tuesday. “We anticipate greater pressures from rising gas prices and weaker consumer sentiment, which should weigh on cigarette volumes and enhance trade down risk,” Morgan Stanley’s Pamela Kaufman said in a note. With inflation near decades-long highs and national gas prices averaging close to $5 per gallon , consumers who typically would reach for a pack of Marlboros — one of Altria’s brands — may cut costs on cigarettes. “Smokers skew toward low income consumers, who are disproportionately impacted by rising gas and food prices,” Kaufman said. Historically, there has been a strong inverse relationship between gas prices and cigarette sales volumes, according to Morgan Stanley. Altria could also be negatively impacted by Philip Morris International’s pending acquisition of Swedish Match , the firm noted. Morgan Stanley values the pending acquisition as a 7% to 14% headwind to Altria’s market cap. —CNBC’s Michael Bloom contributed reporting.