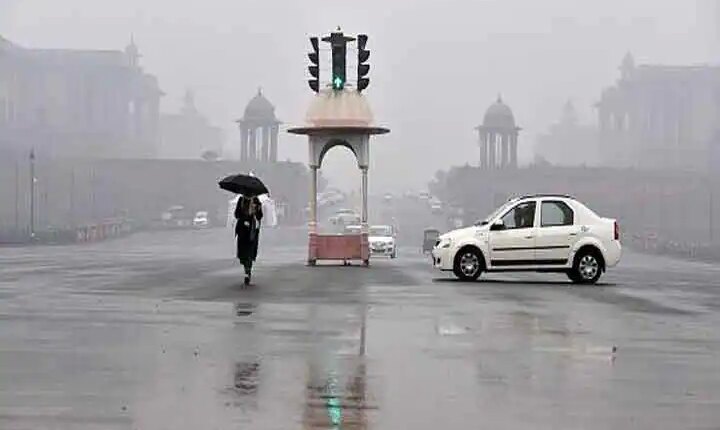 Monsoon Update: According to the estimates made in the monsoon season in India this year, the rain may be more than normal. The Meteorological Department (IMD) gave this information. IMD Director General Mrityunjay Mohapatra while talking to the media said that, there are full estimates of more than normal rains this monsoon.

He said that quantitatively it would be 103 per cent of the Long Period Average (LPA). The IMD had introduced the new LPA this April, which is based on the rainfall data for the 1971-2020 southwest monsoon season. At present, the LPA is 87 cm or 870 mm.

According to the Meteorological Department, monsoon rains will be better than normal in central and southern India, while the monsoon will be normal in the North-West along with Northeast. The IMD has issued a forecast of more than 106 percent i.e. above normal rainfall for Rajasthan, Gujarat, Madhya Pradesh, Maharashtra, Chhattisgarh and Odisha.

The effect of strong storm and rain in Delhi-NCR on Monday is still visible on the weather. Due to this, there has been a sharp drop in the minimum temperature and the maximum temperature has also been recorded below normal. In such a situation, relief from the scorching heat continues. According to the Indian Meteorological Department, there will be a change in the weather once again on Wednesday evening. According to the Meteorological Department, there will be partly cloudy sky in Delhi and there is a possibility of thunder and lightning.

At the same time, there is a possibility of strong wind at a speed of 20 to 30 km. Apart from this, light rain may also occur. From June 2 to 6, the weather will be clear, but strong winds may blow during the day. On Thursday, the maximum temperature is expected to be around 41 degrees and the minimum temperature is around 25 degrees, although there is no possibility of heat wave for a week. During this, the heat of summer will increase.