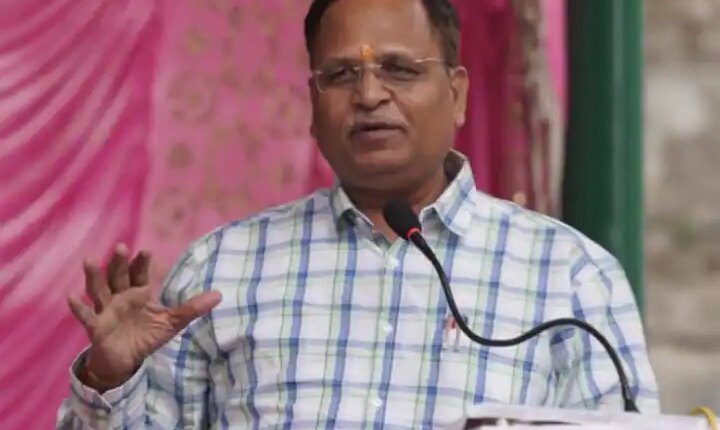 ED Arrest Satyendar Jain: The Enforcement Directorate (ED) has arrested Delhi Health Minister Satyendar Jain in connection with a money laundering case involving a shell company in Kolkata. In this case, the Central Bureau of Investigation (CBI) had also registered a case under various sections of the Prevention of Corruption Act. In the custody of ED, Satyendra Jain is being questioned continuously by showing documents and bank accounts. At the same time, his Aam Aadmi Party is calling him innocent.

On the other hand, in this case, the owner of these shell companies, Jeevesh Mishra, has confessed to the investigating agencies that he had sent money through shell companies to the company of Satyendra Jain and his associates by taking cash. Regarding the arrest of Satyendra Jain, Union Minister Smriti Irani today put a flurry of questions on the Aam Aadmi Party and asked many such questions, which you may find it difficult to answer correctly.

Politically motivated allegations
On the other hand, AAP is calling this matter completely politically motivated and is openly standing with Jain. Even 48 hours are to pass from Jain’s custody till his arrest, but he has not removed Satyendra Jain from the post of minister yet. According to sources, the agency has also prepared its papers to investigate how the money came into the company of Jain and his associates.

In Mangalayatan Project Private Limited, a loan of 4 crore 34 lakhs came between 2013 and 2015, this company is said to be under the control of their families. On the other hand, the interrogation of ED officials is continuing by showing Satyendra Jain in custody his companies and his bank accounts. The officials wanted to know how the money came into Jain’s companies in a sequential manner.

Why has the accused been made?
The CBI has filed a charge sheet against Satyendar Jain in the disproportionate assets case in front of the court, making him an accused of illegally building wealth during his official position. The hearing in the court on this is going on continuously. On the other hand, the ED, which is investigating under the Money Laundering Act, will also present its chargesheet before the court after completing the investigation. In such a situation, the court will decide who is true and who is false.