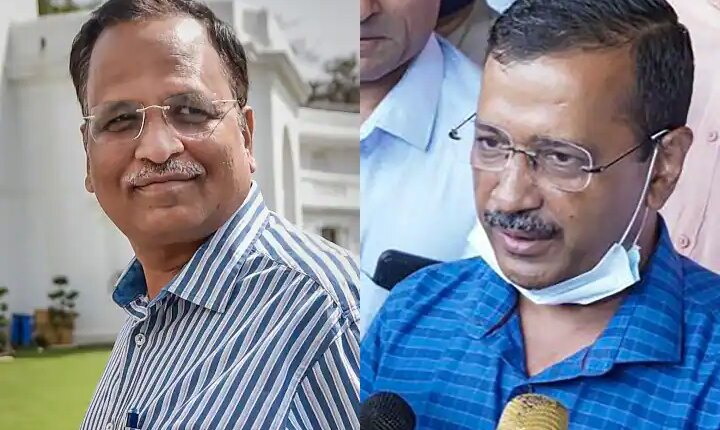 Money Laundering Case: During the investigation of money laundering case, Rs 2.82 crore in cash and 133 gold coins have been seized by raiding against Minister Satyendra Jain and his associates in the Delhi government. Now in this matter, Delhi CM and AAP convener Arvind Kejriwal has targeted PM Modi by tweeting.

In his tweet, he said, “At this time the Prime Minister is after the Aam Aadmi Party with all his might. Especially the Delhi and Punjab governments. Jhooth pe jhooth, jhooth pe jhooth. You have the power of all the agency, but God is with us.” Is”.

At present, the Prime Minister is with full force behind the Aam Aadmi Party – especially the governments of Delhi and Punjab. Lie on lie, lie on lie.

You have the power of all agencies,

But God is with us.

Nothing has been found from Satendra Jain’s house

Forcibly telling any person close to him to implicate Satendra Jain

When nothing was found from Satendra Jain’s house, then BJP is frighteningly accusing him of anything.

Two lakh 79 thousand rupees have been received from Satyendra’s house. Everything else is a lie.

Satyendar Jain is in ED custody till June 9

At the same time, AAP leader Saurabh Bhardwaj said that the people of ED, who entered at 7 o’clock in the night, left at 2 o’clock in the night. The ED did not have any specific information. This can be called harassment. ED is working on the target of the central government. The ED is behaving in this manner at the behest of the central government. Let us tell you that AAP leader and Delhi Health Minister Satyendar Jain was arrested on May 30 in a money laundering case. After this, on 31 May, the trial court sent Satyendra Jain to ED custody till 9 June.