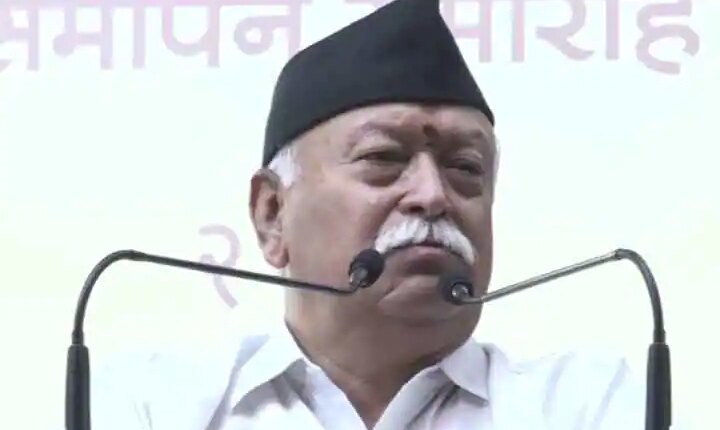 Mohan Bhagwat Speech: Rashtriya Swayamsevak Sangh chief Mohan Bhagwat said that India does not believe in any one worship and one language because we are descendants of common ancestor. Gyanvapi has a history which we cannot change. Today’s Hindus and Muslims did not make it. Why see Shivling in every mosque everyday? Why quarrel? That too is a worship which he has adopted. They are Muslims here.

The RSS chief said, “When Islam came to India through invaders, thousands of shrines were demolished to demoralize the people who wanted India’s independence. Hindus don’t think against Muslims but they think they should be revived. We did it on 9 November. It was said that we will not do any agitation after Ram temple.
But issues arise if they are in mind. If there is something like this, then resolve the issue together.”

Bhagwat has said that Bharat Mata has to be won in the world because we have to unite everyone and not win. He said, “We do not want to conquer anyone but there are evil people in the world who want to win us over.” He was speaking at the concluding ceremony of RSS’s third year Sangh Shiksha Varg.

The RSS chief said, “There should be no fighting amongst themselves. Need love for each other. Diversity should not be seen as isolation. We should share in each other’s suffering.” He said that diversity is the decoration of unity, not separation.

The Russo-Ukraine War
Referring to the Russia-Ukraine war, the RSS chief said, “Power becomes a riot. We see that the fight is going on. Russia has attacked Ukraine. But no one can stop Russia by going to Ukraine because Russia has the power.”

Speaking on India’s role, Bhagwat said, “India has adopted a balanced role. Didn’t even oppose Russia and didn’t support the fight.” He said, “If India had been strong enough, it would have stopped the war, but India is not yet powerful enough to stop the war… India’s power is increasing now.”

,we have to be strong,
The RSS chief said, “We have to be strong. People will have to unite by becoming India, only then India will become a Vishwaguru. India does not believe in any one worship and one language because we are descendants of common ancestor.