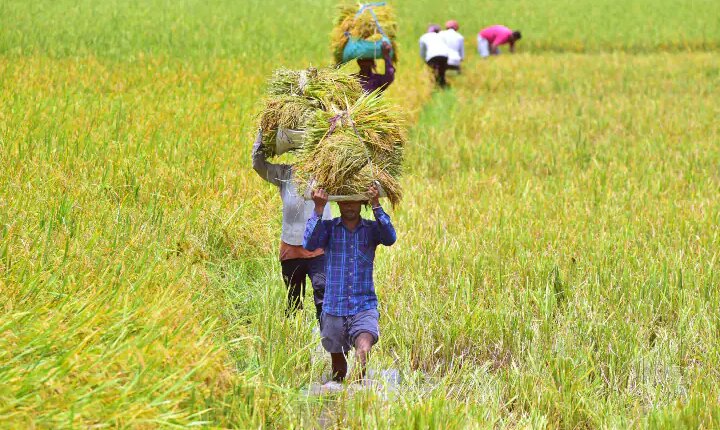 Modi Cabinet Decision: Giving a gift to the farmers, the Modi government has announced an increase in the Minimum Support Price (MSP) for the Kharif season 2022-23. Under this, the MSP of paddy has been increased by Rs 100 per quintal, which is the highest in the last five years. The government has claimed that the MSP of all crops has been fixed by increasing its production value by at least 50 percent.

Like every year, this year also before the sowing of Kharif crops, the government has announced a new rate of MSP of these crops. The MSP of paddy, one of the most important kharif crops, has been increased by Rs 100 per quintal.

Last year there was an increase of Rs 300 per quintal.

Last year only Rs 79 per quintal was increased whereas this year it has been increased by Rs 480 per quintal.

Last year this increase was Rs 275 per quintal.

Similarly, it has been decided to increase the MSP for crops like Jowar, Bajra, Urad, Ragi, Soyabean and Sunflower. Giving information about the decisions of the cabinet, Information and Broadcasting Minister Anurag Thakur said that the government has announced the new rate of MSP as per its promise to give at least 50 percent profit to the farmers of their cost price.

According to the data of the government, the MSP of millet has been fixed at the highest price above the cost price, while the MSP of tur dal has been announced at 7 percent more than the cost price. According to the estimated figures, the production of food grains in the country this year is likely to be 314 million tonnes, which is about 35 lakh tonnes more than last year. The government claimed that with the new rate of MSP, farmers would be able to get a fair price for their crops.

In the visit of the Iranian Foreign Minister, there was talk on the strength of relations, not on controversies, Abdollahian also met PM Modi

PM Modi will take part in Gujarat Gaurav Abhiyan, will give a gift of Rs 3500 crore for the development of tribal area

U.S. to ban sale of single-use plastic on public lands, national parks by 2032