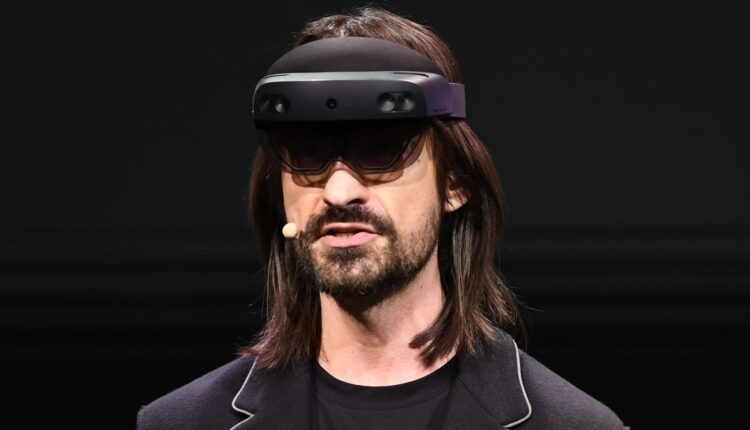 Microsoft’s technical fellow Alex Kipman reveals “HoloLens 2” during a presentation at the Mobile World Congress (MWC) on the eve of the world’s biggest mobile fair in Barcelona on February 24, 2019.

Microsoft’s HoloLens leader, Alex Kipman, is leaving the company after an Insider story said he has been accused of inappropriate behavior by fellow employees. Microsoft will restructure its HoloLens mixed reality group in the wake of the departure, the company said.

The changes come at a critical time for the HoloLens technology.

The HoloLens is an augmented reality headset that overlays digital information on top of the real world. Microsoft has used it to cater to corporate partners through its so-called industrial metaverse, which the company has said can help factory floor workers produce, repair and manage supply chains. Kawasaki recently signed on to use the headsets to help its employees build robots.

Kipman, who joined Microsoft in 2001, was accused of misconduct toward female employees by current and former workers in the Insider report published late last month. Kipman did not respond to a request for comment from Insider and he was not immediately available to comment to CNBC.

Microsoft declined to confirm or deny the specific allegations against Kipman and other executives to CNBC, but confirmed Kipman is leaving the company to “pursue other interests.”

Kipman will help the teams transition over the next two months, Microsoft said.