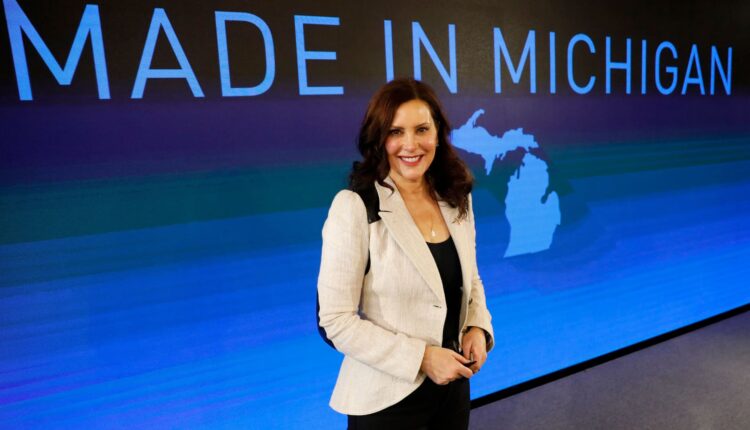 Governor of Michigan Gretchen Whitmer poses at an event where General Motors announced an investment of more than $7 billion in four Michigan manufacturing sites on January 25, 2022 in Lansing, Michigan.

High school students in Michigan will soon be guaranteed a personal finance course before they graduate.

The Michigan House of Representatives on Tuesday passed HB 5190 by a vote of 94-13. The bill passed the state’s Senate in May with a vote of 35-2. Next, it will be sent to Gov. Gretchen Whitmer for her to sign into law.

Her signature will make Michigan the 14th state to mandate personal finance education at the high school level, according to Next Gen Personal Finance’s bill tracker.

More from Invest in You:
These 10 companies help pay for employees’ vacations
Here’s how to negotiate a new job offer
Great Resignation workplace changes are here to stay

“At the most fundamental level, a high school education must prepare students for adult life,” said Rep. Diana Farrington, R-Utica, a sponsor of the bill, in a statement.

“Personal finance should be part of that educational preparation,” she added. “A financial literacy class will familiarize students with key financial concepts, helping them understand how to handle their personal budgets.”

Details of the bill

Michigan’s legislation requires that all high school students take a half-credit course in personal finance before they graduate. That course can count as a math, arts, language or language other than English requirement at the discretion of local school boards.

The bill, when signed, will go into effect for students starting eighth grade in the 2023 school year.

Michigan’s House first passed the legislation in December with a 57-43 vote. It was amended and sent to the Senate, where it passed in May. Because the bill was amended, the House had to vote on it again before it could be sent to the governor.

The legislation was supported by the Michigan Bankers Association, Michigan Credit Union League and the Michigan Council for Economic Education. In addition, two of the largest school districts in the state, Oakland Schools and the Wayne County Regional Educational Service Agency, supported the bill.

The legislation is the latest to pass with overwhelming bipartisan support. Earlier this year, both Florida and Georgia passed similar laws guaranteeing access to a personal finance course for all students.

“In an era of polarization, this seems to be something all can agree on,” said Tim Ranzetta, co-founder of Next Gen Personal Finance.