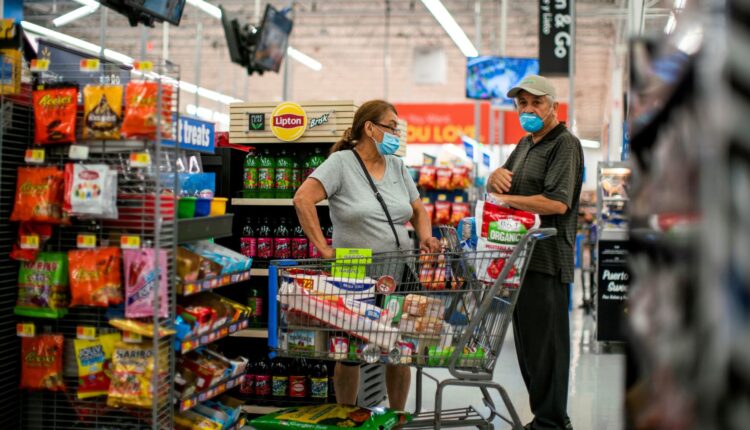 Economists expect inflation in May continued to burn white hot, with energy, food, rent and health-care costs all rising.

According to Dow Jones, economists expect the consumer price index rose 0.7%, up from 0.3% in April. On a year-over-year basis, that would work out to an 8.3% rate, the same pace as April. The CPI report is released at 8:30 a.m. ET Friday.

Economists expect to see some cooling in core inflation, meaning the measure with energy and food excluded. Core CPI is expected to rise 0.5% or 5.9% year over year, according to Dow Jones. That compares to 0.6% in April, or 6.2% on a year-over-year basis.

“It’s a very disquieting number. It’s going to re-energize concerns about has inflation peaked,” said Mark Zandi, chief economist at Moody’s Analytics. “I think we peaked. On a quarter basis, it was 8% in Q1.”

Year-over-year inflation reached a high of 8.5% in March.

Sarah House, senior economist at Wells Fargo, does not expect oil prices have peaked, and therefore she does not expect inflation has either. She expects headline CPI rose by 8.4% in May.

“That’s what changed our view over the last few weeks. We’ve seen gasoline hit record levels. And naturally what’s prevented the peak from being behind us is what’s coming out of the energy sector,” she said. The national average for gasoline reached $4.97 per gallon Thursday, according to AAA.

The market has been keenly focused on whether inflation has peaked since that will affect how aggressive the Federal Reserve may be with interest rate hikes.

The Fed is expected to raise its target funds rate by a half point next week and another half point in July. But after that, the pace is less clear. On Thursday afternoon, the market was pricing in a more than 70% chance of a 50 basis point hike for September. A basis point equals 0.01%.

“The May CPI is likely to show the Fed is not getting any closer to price stability, and is in fact a little further away,” said House. “It’s not peaking.”

She expects CPI to stay at current levels for a few more months. “We’re not likely to see a meaningful deceleration in these numbers until the fall,” she said.

Aditya Bhave, senior U.S. and global economist at Bank of America, said he does see an inflation peak, at the same time as he expects another hot report for May.

“On a year-over-year basis we peaked. We’re on the way down, but that’s not the point. From the Fed’s perspective, the point is where do we land?” he said.

Bhave said he expects core PCE inflation, the metric most closely watched by the Fed, to slow to about 4% year over year by year-end and to 3% by the end of 2023. PCE is personal consumption expenditure data; core PCE inflation stood at 4.9% in April.

“The headline is pushed by energy prices, by record high gas prices in May,” he said. “For the core, we expect the increases to be pretty broad based. This is a trend we’ve seen over the last several months. The inflation story is no longer just a goods supply story. It’s much more broad across spending categories.”

Bhave said shelter and medical services should show significant increases of 0.5% each. Shelter makes up about a third of CPI.