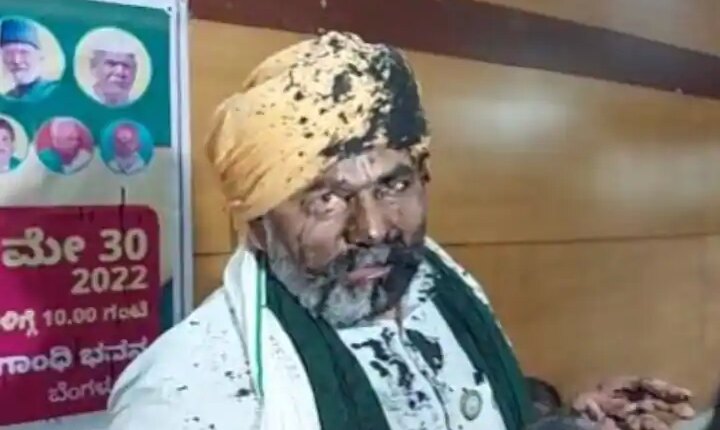 Attack On Rakesh Tikait: Rakesh Tikait, leader of the Bharatiya Kisan Union (BKU) and a big face of the farmers’ movement, was attacked a few days ago. A man threw ink on his face. Now the police has made a big disclosure about him. The police have told that the accused who threw the ink has been a history-sheeter. He is guilty of murder. Who was released from jail for good conduct. This information has been given by the police officers.

Rakesh Tikait was attacked in Bangalore
Farmer leader Rakesh Tikait was attacked on 30 May, during which some people also raised slogans against him and there was a lot of uproar. There was also a clash between the supporters of Tikait and the people who raised slogans. This attack on Tikait in Bangalore was condemned by all. On this matter, the police officer said, “Shivkumar Atri (52) is convicted of murder, who was released from Hassan jail in 2015 for good conduct.”

He said that investigation is on to trace the other persons linked to the accused. Three persons accused in the case of attacking Tikait with mike and throwing ink have been detained by the police. The United Kisan Morcha, formed in the farmers’ movement regarding this attack, had demanded a judicial inquiry into it.