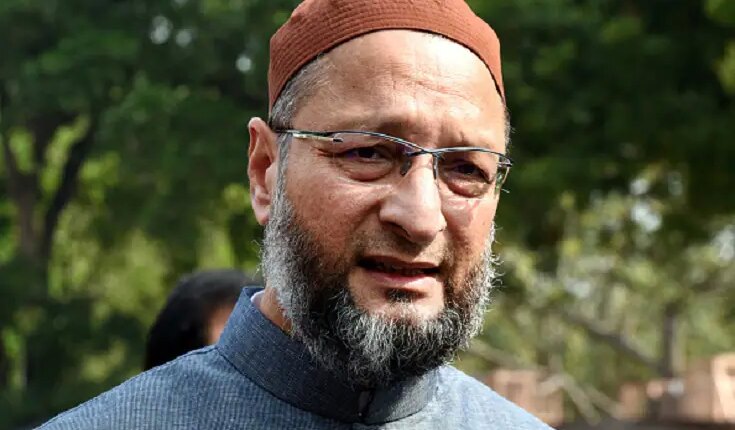 Latest News: All India Majlis-e-Ittehad-ul Muslimeen (AIMIM) president Asaduddin Owaisi claimed that no leader of the ruling Maha Vikas Aghadi (MVA) would seek support in the elections to the 6 Rajya Sabha seats in Maharashtra. Haven’t contacted them. “If they want our support, they should contact us,” Owaisi told reporters in Nanded.

We will take our decision within a day or two: Owaisi

Owaisi’s AIMIM held a meeting of its leaders in Nanded on Monday, but could not take any decision on whether to support the ruling alliance or support the BJP in the Rajya Sabha elections. Owaisi said, “No leader from MVA has contacted us or our MLAs from Maharashtra. If they want our support then they should contact us.

If you want to defeat BJP, then ask for AIMIM’s support: Imtiaz Jaleel

However, AIMIM MP from Aurangabad, Imtiaz Jaleel, told that he has some issues related to the assembly constituencies which are with the party. “We will take up these issues with the government,” he said. If the ruling coalition wants to defeat BJP, then it should openly seek AIMIM’s support.

Meanwhile, Shiv Sena leader and member of the Legislative Council Ambadas Danve said that the leaders of the MVA (introduced through media) will decide on Owaisi’s proposal. He said, “Nothing will be done by saying in the media. AIMIM should have direct contact with senior leaders of MVA.

What is the current status?

The AIMIM has two members in the 288-member Maharashtra Legislative Assembly. Voting for the Rajya Sabha elections is scheduled for June 10. After nearly two decades, the state is going to contest the Rajya Sabha elections as seven candidates are in the fray for six seats. Shiv Sena has fielded its two candidates Sanjay Raut and Sanjay Pawar, while BJP has fielded three candidates Union Minister Piyush Goyal, Anil Bonde and Dhananjay Mahadik. Nationalist Congress Party (NCP) has fielded Praful Patel and Congress has fielded Imran Pratapgarhi. BJP has enough votes to win two seats, while Shiv Sena, NCP and Congress are in a position to win one seat each.