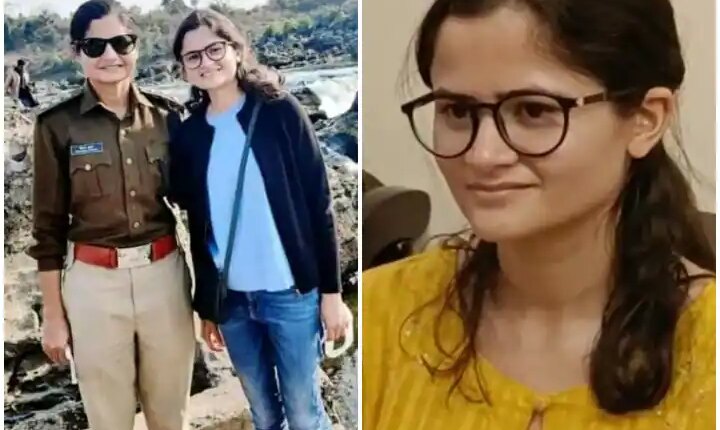 UPSC Success Story: The dream of becoming IAS and IPS is nurtured by lakhs of youth of the country, but success comes only to the selected candidates. Perhaps this question will come in everyone’s mind that what is the mantra of success in the toughest UPSC exam of the country? The inspiration to crack this exam can be taken by listening to the story of a successful candidate from preparing for the exam to qualifying.

Let us tell you the story of one such successful candidate Mini Shukla. UPSC 2021 Result is out. In this, Mini Shukla, daughter of Madhya Pradesh has also secured 96 rank. Mini Shukla is a resident of Bhind. The most important thing is that Mini’s elder sister Priyanka Shukla is also IPS and is currently posted as CSP in Jabalpur.

Inspiration to move forward from sister
Mini says that she has taken inspiration from her elder sister Priyanka to become an IPS. By the way, after graduating from Economics, he started working in a well-known English newspaper. Mini used to regret seeing the condition of women in the society and when her elder sister Priyanka became IPS, she also decided that she would also work for women’s security by becoming an IPS. His dream has come true in the third attempt as soon as the UPSC results are out. Mini has got Madhya Pradesh cadre in IPS with 96th rank.

Although Mini’s grandfather SS Shukla was also an IPS officer and he retired from the post of ADG in Madhya Pradesh. Mini says that seeing Dada ji in uniform was a different pleasure, but the real inspiration came from sister Priyanka’s preparation for UPSC and then selection in 2019.

Told what was the success mantra
When ABP News asked Mini what is the success mantra to clear such a tough exam? So Min told that, “I started preparing from 2018. I took admission in the residential coaching program of Jamia Millia Islamia, Delhi. UPSC topper Shruti Sharma was also a batchmate. Got a lot of friends here. While preparing among the group of friends- Confidence kept coming. When I started preparation, I used to study for 7-8 hours a day, but gradually, the process of studying for a long time decreased, focused only on revision. Continuous discussion with good teachers and friends gave success Granted. Even in the difficulty of Kovid, online communication with friends helped a lot”.

Hope was broken due to failure
Hearing the story so far, it seems that Mini got success very easily, but this is not a correct assessment. There is also a lot of struggle in the success of Mini. Mini says that, “Cleared prelims in the first attempt but missed the mains by number 10. In the second attempt, the prelims could not be cleared. Then there was a lot of disappointment. It seemed that the dream of becoming an IPS like Didi was shattered. Don’t go. Then gave the third attempt with more emphasis and hard work turned the struggle into success. Mini’s father is a lawyer by profession while mother is a housewife.