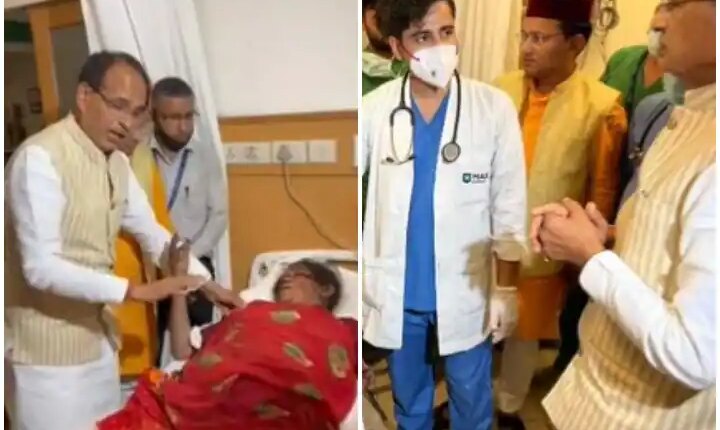 Uttarkashi Bus Accident: In Uttarakhand, 25 people have died so far due to a horrific road accident in Uttarkashi district on Sunday. All the people killed in the accident are said to be from Panna district of Madhya Pradesh. After getting information about the accident, Madhya Pradesh CM Shivraj Singh has postponed all his work and reached Dehradun to take stock of the relief operation.

CM Shivraj Singh, who reached Dehradun, has shared a video through tweet. In which he is seen meeting the devotees of Panna district of Madhya Pradesh who were injured in the bus accident. As soon as he reached Dehradun late in the night, he reached Max Hospital in Dehradun to meet the injured devotees in Uttarkashi.

Late night reached Max Hospital in Dehradun to see the devotees of Panna district of Madhya Pradesh who were injured in the bus accident. No stone will be left unturned in the treatment of the injured. Also discussed with doctors regarding treatment. Together with the Minister Mr. @bpsingh_bjp was present. pic.twitter.com/VVdpthYJjq

Apart from this, Madhya Pradesh CM Shivraj Singh reached Dehradun and held a meeting with the officials of the Uttarakhand government in the police control room and was seen taking information about the relief and rescue operations being run in Uttarkashi related to the accident of a bus full of pilgrims from Madhya Pradesh.

The accident was described as painful and unfortunate

Earlier, talking to news agency ANI, CM Shivraj Singh said that he was deeply hurt by the bus accident of the pilgrims of Panna district in Uttarkashi district of Uttarakhand. After which he has also spoken to Uttarakhand CM Pushkar Singh Dhami for evacuation of the injured and their proper treatment. He has described this incident with the devotees as painful and unfortunate.

#WATCH , MP: Bus accident of pilgrims from Panna on Char Dham Yatra in Uttarakhand is unfortunate. I’ve spoken with CM PS Dhami… A team from Delhi has been hastened to Uttarakhand for a relief & rescue operation. I’m myself going to Dehradun tonight…: CM Shivraj Singh Chouhan pic.twitter.com/0qv2n3i9xz

Along with this, he had said that he is going to Dehradun to meet the seriously injured pilgrims and take stock of their relief operations. He also told that a team from Delhi has been sent to Uttarakhand for relief and rescue operation.

Read also:
Uttarkashi Bus Accident: Passengers’ bus fell into a ditch in Uttarkashi, 25 people died in the accident so far

Uttarkashi Bus Accident: PM Modi expressed grief over the accident, announced compensation of Rs 2 lakh each to the kin of the dead