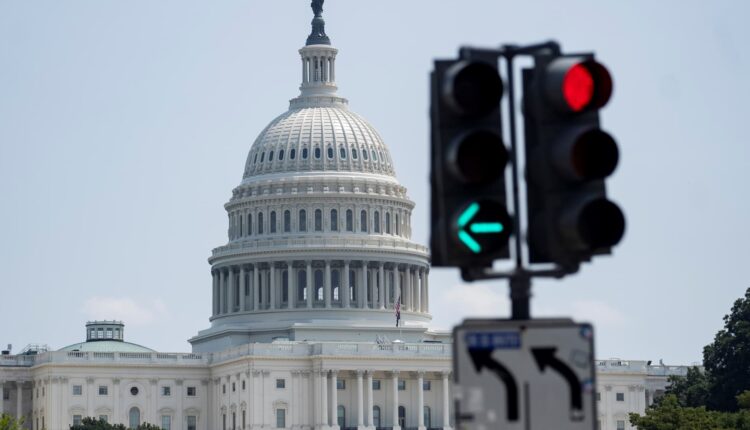 As excited as Wall Street and Main Street were to have crypto as a new investment idea and store of value, the speed at which cryptocurrencies entered mainstream U.S. markets caused proportionate angst for U.S. regulators, who were equipped only with decades-old securities laws to police an industry many still refer to as the financial “Wild West.”

But after months of research, industry consultation and bipartisan teamwork, Sens. Kirsten Gillibrand and Cynthia Lummis said Tuesday that they are ready to debut the first major attempt to place guardrails around the nascent industry.

Their bill, titled the Responsible Financial Innovation Act, amounts to a regulatory overhaul that would classify the vast majority of digital assets as commodities like wheat, oil or steel. As such, the bipartisan legislation would also leave the bulk of the oversight responsibility to the Commodity Futures Trading Commission and not the Securities and Exchange Commission, as some had expected.

Gillibrand, a Democrat from New York who sits on the Senate Agriculture Committee, and Lummis, a first-term Republican from Wyoming on the Banking Committee, said the legislation is the culmination of months of collaboration in the House and Senate and represents a critical first attempt to structure the markets for digital assets with long-awaited legal definitions.

The cornerstone of the legislation is how it defines the vast number of digital assets available to American investors and consumers.

With few exceptions, the bill designates digital currencies as “ancillary assets,” or intangible, fungible assets that are offered or sold in tandem with a purchase and sale of a security.

Staff to Gillibrand and Lummis explained that their law treats all digitals assets as “ancillary” unless they behave like a security a corporation would issue to attract investors to build a capital pool.

Cryptocurrencies and other digital coins won’t be treated like traditional securities under SEC scrutiny unless they entitle the holder to the privileges enjoyed by corporate investors like dividends, liquidation rights or a financial interest in the issuer, the offices told reporters.

They added that the bill is a product of months of discussion with fellow senators, including Republicans Minority Leader Mitch McConnell and Pat Toomey, as well as Democrats like Ron Wyden.

“My home state of Wyoming has gone to great lengths to lead the nation in digital asset regulation, and I want to bring that success to the federal level,” Lummis said in a press release. “As this industry continues to grow, it is critical that Congress carefully crafts legislation that promotes innovation while protecting the consumer against bad actors.”

“The Lummis-Gillibrand framework will provide clarity to both industry and regulators, while also maintaining the flexibility to account for the ongoing evolution of the digital assets market,” Gillibrand added in the same release.

The CFTC and SEC together regulate wide swaths of the U.S. market and act as two powerful Wall Street watchdogs. The former oversees the purchase and sale of raw commodities like corn, coffee, gold and oil, while the latter polices companies, executives and securities that seek to raise capital from the public.

While it is up to Congress to decide how government agencies police U.S. markets, the SEC and its chairman, Gary Gensler, had for more than a year led the public crusade in support of tighter crypto rules.

“Currently, we just don’t have enough investor protection in crypto finance, issuance, trading, or lending,” Gensler told lawmakers in September. “Frankly, at this time, it’s more like the Wild West or the old world of ‘buyer beware’ that existed before the securities laws were enacted.”

Representatives for Lummis and Gillibrand said they worked with the SEC on their plan, and spent weeks trying to remedy concerns voiced by the regulator’s attorneys that the legislation would cede too much power.

They also said that fees collected from digital asset issuers would play an important role in augmenting the CFTC’s budget to take on what’s expected to be a deluge of regulatory oversight.

While Gillibrand and Lummis have experience working with the CFTC and SEC, respectively, it was unclear as of Tuesday morning what each institution thinks of the new legislation. Neither the CFTC nor the SEC immediately responded to CNBC’s requests for comment.

Input from both agencies is critical to the legal debate in the U.S. on how to define cryptocurrencies and other digital assets.

The Gillibrand and Lummis bill, for example, defines a “digital asset” as a natively electronic asset that confers economic or proprietary access rights or powers and includes virtual currency and payment stablecoins.

It later defines virtual currency as a digital asset that is used “primarily” as a medium of exchange, unit of account or a store of value and is not backed by an underlying financial asset.

Those definitions, though often laden with legal jargon, have a profound impact on how digital currencies are policed and are thus of utmost interest to the most powerful players in the growing world of crypto lobbying.

The industry has hired more than 200 officials and staff from the White House, Congress, Federal Reserve and political campaigns, according to the Tech Transparency Project. Meanwhile, crypto executives have contributed more than $30 million toward federal candidates and campaigns since the start of the 2020 election cycle, according to documents kept by the Federal Election Commission.

Both Lummis and Gillibrand want to work with their peers to develop their respective states into blockchain and crypto havens.

In the Empire State, New York City Mayor Eric Adams invested his early paychecks in bitcoin and ether, while Rep. Ritchie Torres, a Democrat representing the Bronx, said in March that his city “should and must embrace crypto if it is to remain the financial capital of the world.”

Wyoming, meanwhile, edited its laws in 2019 to create a novel type of bank charter called a special purpose depository institution to accommodate crypto start-ups and trading platforms and remains on an aggressive track to diversify into finance and away from old-school industries like coal and gas.

Staff for both senators touted key features of the bill in a call with reporters, including certain tax exemptions that would shield stablecoin holders from having to report income changes each time they make a purchase with digital currency.

Those disclosures would inform investors about issuers’ experience developing digital assets, the price history of issuers’ prior assets, anticipated costs, and descriptions of the management teams and liabilities of each issuer.

Even though staffers described the bill as a mix of input from politicians on both sides of the political aisle, they acknowledged its size and complexity could force lawmakers to break it up and attempt to pass its components piece by piece.