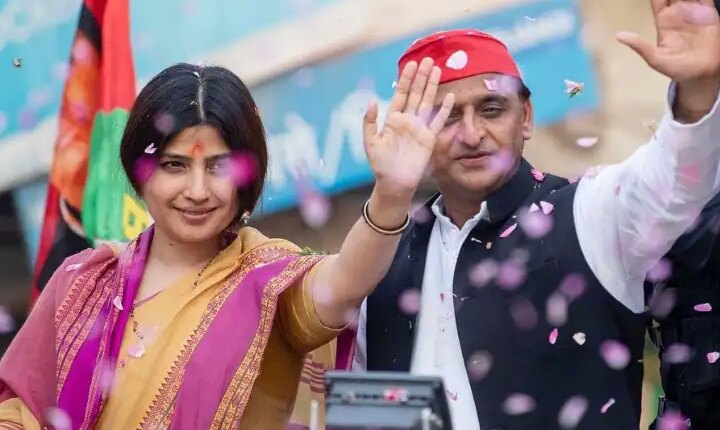 Loksabha Bypolls 2022: Samajwadi Party will change its candidate for Lok Sabha By-Election from Azamgarh. Earlier, there are two voter IDs in the name of Sushil Anand, the candidate announced by the party, so it may be possible that Dimple or someone else should be contested.

Some time ago Akhilesh had called Samajwadi Party MLAs from Azamgarh. Tomorrow is the last day of nomination, so in any case, today the name will have to be finalized. Apart from Dimple, the names of Dharmendra Yadav and Ramakant Yadav are also being discussed.

By-elections will be held on Rampur and Azamgarh Lok Sabha seats
Let us tell you that by-elections will be held on June 23 in Rampur and Azamgarh Lok Sabha seats of UP. At the same time, its results will come on 26 June. Loksab seat of Rampur fell vacant after Azam Khan’s resignation from the Lok Sabha membership. At the same time, Samajwadi Party President Akhilesh Yadav had won the election from Azamgarh in the Lok Sabha elections, but later he resigned. Let us tell you that both the leaders are now members of the UP Legislative Assembly.

What is the Election Commission’s guideline?
The Election Commission had issued a notification for these by-elections on 30 May. At the same time, the last date for nomination has been kept on June 6. Scrutiny of nominations will be done on June 7 and candidates will be able to withdraw their names by June 9. According to the information received, voting will be held on June 23. At the same time, counting of votes will be done on June 26. This entire process of by-election will have to be completed by June 28.