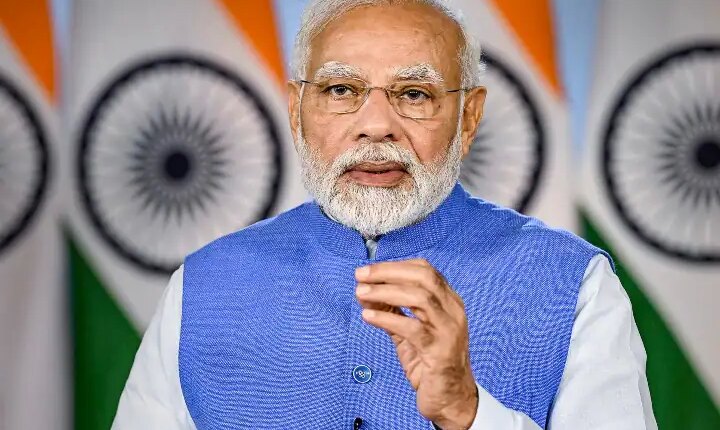 Lok Sabha Election 2024: The BJP has tightened its gear regarding the Loksabha elections to be held in the country in 2024. With regard to these elections, BJP’s plan is to make a dent in the South’s states this time as well. Regarding this, BJP has planned a mega entry in South Indian states. For this, BJP has planned to organize a mega road show for Prime Minister Narendra Modi in Hyderabad.

Through which not only Asaduddin Owaisi and K Chandrashekhar Rao will be surrounded at their house, but from the soil of Hyderabad, BJP is going to give a message in five states of South. Let us tell you that on July 2 and 3, the meeting of the BJP National Executive will be organized in Hyderabad.

Owaisi and K Chandrashekhar Rao will be surrounded in their stronghold
Through this executive, BJP is working on an aggressive strategy to surround Owaisi and K Chandrashekhar Rao in their stronghold. This meeting is considered important in many ways. According to sources, apart from Karnataka, BJP is also focusing on other states of South India. For example, Telangana, Andhra Pradesh, Kerala and Tamil Nadu are also on BJP’s agenda. BJP is focusing on about 120 seats in these states and its background has to be written from the Hyderabad executive meeting.

Preparations are on to redeem the face of PM Modi
The BJP may be standing on zero in the rest of the states except some parts of Karnataka and Telangana. But BJP knows that PM in every part of the country. Narendra Modi Its popularity is very high. BJP is planning to capitalize on this matter. BJP plans to organize more and more programs of PM Modi in 120 seats of Kerala, Andhra Pradesh, Telangana, Tamil Nadu and Karnataka and win the seats of these states.

If sources are to be believed, on the first day of the executive committee on July 2, a plan is being made for the mega road show of PM Modi. For which Telangana BJP President Sanjay Kumar Bandi met with BJP’s Organization Minister BL Santosh in Delhi on Tuesday. More than 40 other leaders of Telangana also met with him, who later also met PM Modi.

What is BJP’s plan South?