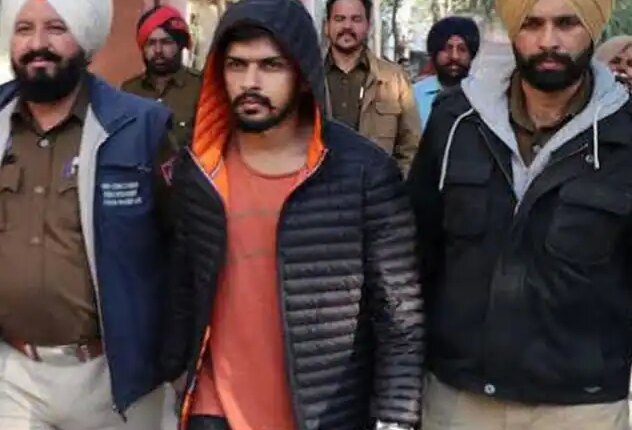 Lawrence Bishnoi’s name has come into the limelight after the murder of Sidhu Musewala. However, the police are yet to ascertain the names of the shooters. According to the information received, Lawrence has distanced himself from the murder of Musewala. Lawrence told the police that he or his gangs have no role in the social media posts.

According to Bishnoi, what is the reason behind the murder of Sidhu Musewala?
If police sources are to be believed, Lawrence has revealed that the main reason behind the murder of Musewala could be to avenge the murder of Vicky Muthukheda. Apart from this, a new angle has also come to the fore behind this murder. In this, the story of the war of supremacy going on in the Punjab music industry has also come to the fore. According to sources, gangsters in the Punjab music industry spend their money on new artists and get their albums made and then share the profits. This is the reason why the budding artistes of Punjab come in contact with these gangsters.

Which gang took the responsibility of killing Sidhu Musewala?
Punjabi singer Sidhu Moosewala was shot dead by unidentified assailants in Mansa district of Punjab on Sunday. Musewala (27) was also a Congress leader. Lawrence Bishnoi gang took responsibility for the murder of alleged Punjabi singer Sidhu Musewala. Sidhu had gone to Canada to study, after which when he returned to Punjab, he returned as a singer. Sidhu Musewala was also associated with many controversies. by Punjab Government Sidhu Musewala He was murdered a day after the security of (Sidhu Moose Wala) was withdrawn.

Singer KK Passes Away: Tomorrow will be the last rites of the magician KK, the body is being brought from Kolkata to Mumbai