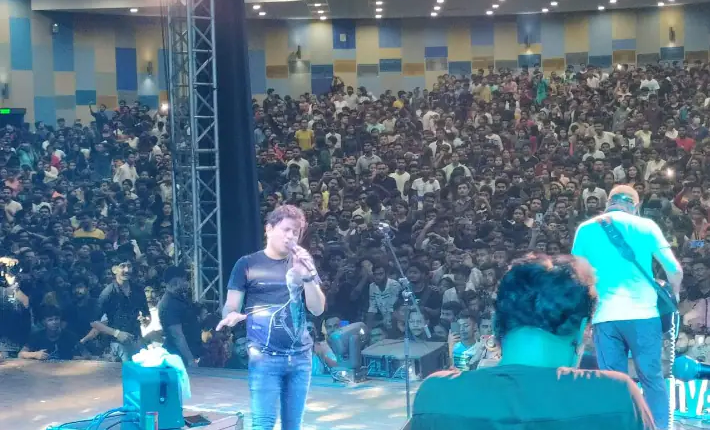 Singer KK Death: Now a big disclosure has come about the death of singer KK, in which it has been claimed that in the auditorium where the concert was held, two times more people had reached the capacity. It has been told that about 5 thousand people were present in the auditorium with a capacity of two thousand to two and a half thousand people. Not only this, a video is also coming out, in which tear gas is being released to drive people out. The opposition party BJP has now raised many questions regarding this.

Let us tell you that there was a concert of famous singer KK in Kolkata, West Bengal, during which his health suddenly started deteriorating and he died shortly after. In the videos that have surfaced, it can be seen that he is wiping sweat from his face many times, as well as he can be seen complaining about being hot.

Police registered a case, investigation started
The death of Krishnakumar Kunnath (KK) was first described as a heart attack, but later it was learned that the Kolkata Police has registered a case of unnatural death on his death. A case has been registered at New Market police station in Kolkata. That five-star hotel comes in the same police station area in which KK was staying. Before being taken to the hospital, he had complained of deteriorating health in this hotel.

In the case of KK’s death, the police said that, we have started the investigation into the death of singer KK and we are talking to the hotel authorities, examining the CCTV footage to find out if he was taken to the hospital. what happened earlier. The officer said that two people have been questioned in this regard. Preliminary investigations have revealed that the 53-year-old singer, who was on a two-day tour of Kolkata to perform at two college events, was “nearly surrounded” by a crowd of fans at that hotel.

KK Death: Injury on the lips, mark on the head… Suspense increased over the death of singer KK, police filed a case, BJP raised questions