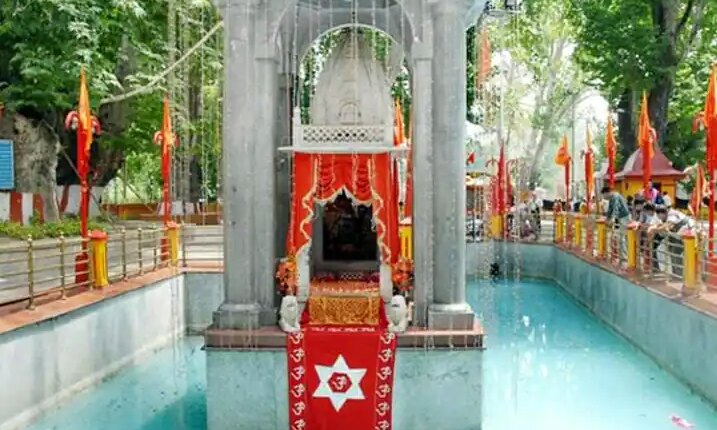 Kheer Bhawani Temple: Incidents of target killing are being seen rapidly in Kashmir. These incidents have instilled special fear among Kashmiri Pandits, outside residents and laborers. In the midst of this tense situation, Kashmiri Pandits will leave for the Kheer Bhawani Temple fair and darshan to be held every year, while many organizations have refused to participate in it. He says that the situation has become worse since 1990.

Jammu Divisional Commissioner Rakesh Kumar on Saturday reviewed the arrangements made for the smooth conduct of the pilgrimage. The annual Kheer Bhavani Mela, held at the famous Ragnya Devi temple, is considered to be one of the biggest religious events of the displaced community. It will be organized on 7th June. Giving information, an official spokesperson said that Kumar chaired a high-level meeting and discussed various arrangements including transport facilities and security arrangements for the pilgrims. According to Mata Kheer Bhavani Committee, this year the yatra will start from Nagrota here on June 5 so that the pilgrims can participate in religious worship on the fair day on June 7.

The situation is worse than in 1990 – Kashmiri Pandit Organization

Let us tell you, after the continuous target killing on Kashmir by the terrorists, questions are being raised about the security in the valley. Amid deteriorating security arrangements in the Valley, several Kashmiri Pandit organizations have decided to postpone this year’s visit to Mata Kheer Bhavani. Kashmiri Pandits living in Son Kashmir and Jagti, the largest colony of displaced Kashmiri Pandits in Jammu, have decided not to undertake this yatra this year.

According to Shadi Lal Pandita, president of Son Kashmir and Jagti Tentations Committee, the situation in Kashmir at the moment is worse than in 1990. He said that in 1994, his organization had gone on a pilgrimage to Kheer Bhavani with some sages and saints, since then this yatra has been going on continuously and for the last 2 years this yatra could not be done due to the crowd.

However, this time the kind of situation that is being created in Kashmir and the way Kashmiri Pandits and Hindus are being targeted, it is not appropriate to undertake this yatra. He said that in this regard, his organization has instructed about 50,000 such Kashmiri Pandits not to travel this year, who had expressed their desire to go on this yatra this year.