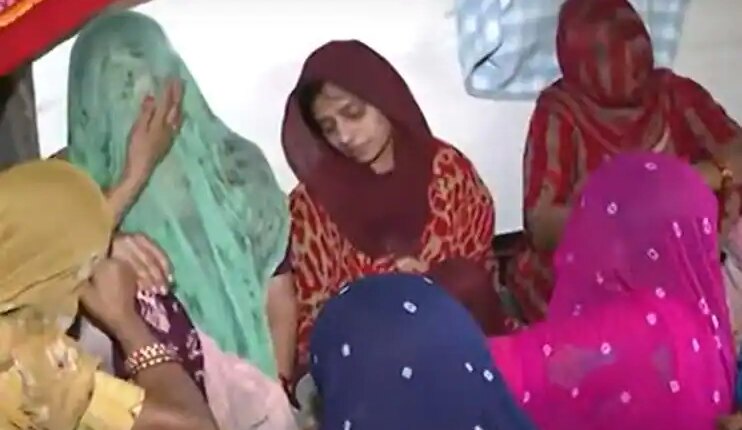 Kashmir Target Killings News: On Thursday, a banned Lashkar-e-Taiba terrorist entered a bank and shot dead an employee in Kulgam district of Jammu and Kashmir. The name of the bank manager was Vijay Kumar, who was a resident of Hanumangarh in Rajasthan. Today the body of Vijay Kumar was brought to his native village. Here the family members of Vijay Kumar are in a bad condition by crying. Talking to ABP News, Vijay Kumar’s mother told that I had asked him to leave his job there and come back. I told Vijay that we are not starving. you come back

Crying Vijay Kumar’s mother told that she was married only four months ago. Recently his posting was done in Kulgam. I had spoken to him only two days ago and told that you should leave this job and come back. We are not starving. He said, “Vijay told me that I would come on a 15-day leave.” While Vijay’s wife told that I had come with him for a month.

Vijay was admitted in EDB in March 2019

Vijay Kumar’s father Om Prakash Beniwal, after hearing the news of his son’s death, said that his son was admitted to EDB in March 2019 and was married in February this year. He was about to come to his native village Bhagwan in Hanumangarh district of Rajasthan for 10-15 days next month, but destiny had something else in mind. The family is in deep shock after this incident and preparations are being made to perform the last rites of Kumar.

CCTV footage of the incident surfaced

Officials said that Vijay Kumar was the manager in Areh Mohanpora branch of Elakai Dehati Bank (EDB) in South Kashmir district. He was seriously injured by the bullet of the terrorist and died on the way to the hospital. CCTV footage shows that the killer probably first entered the bank premises to find out whether the victim had come to the office or not. After a few seconds, he returns with a pistol and shoots at Kumar. The Resistance Front, a front organization of the banned outfit Lashkar-e-Taiba, has claimed responsibility for the attack.

Bank will give financial assistance to the family

Let us tell you that Vijay Kumar started working in Kulgam branch only a week ago. He was earlier working in the Kokernag branch of a bank co-owned by the Central Government, Jammu and Kashmir Administration and State Bank of India. SBI issued a statement saying that the bank is committed to ensure the safety of all its employees, including those posted in the Valley. The bank said that the EDB will ensure that all assistance is provided to the family of the deceased employee on priority basis.

J&K: The second major incident of Target Killing in 12 hours, the Pandits and employees of the Valley in awe, reached the camps of Jammu and Kashmir late at night.

India On Terrorism: India rained on Pakistan in UNSC amid target killing in Kashmir, said this big thing about terrorism