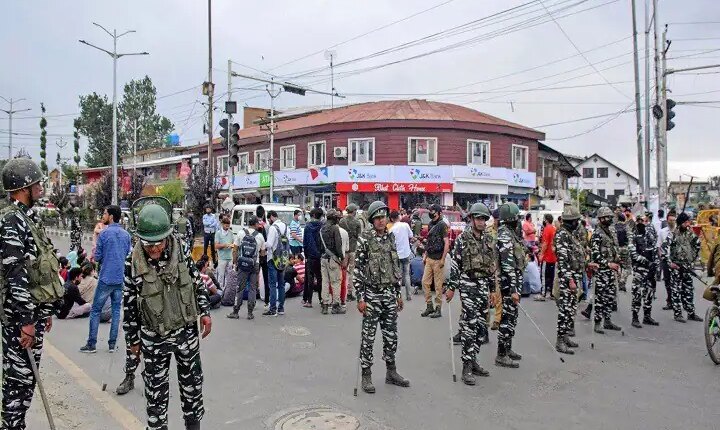 Kashmir Target Killing: The process of target killing in Kashmir is not taking its name to stop. The terrorists have once again made the laborers their target. It was told that terrorists attacked some laborers with grenades in Shopian. In which two laborers were injured, who are undergoing treatment in the hospital. Both the workers are from outside states. Terrorists have been carrying out such incidents continuously for the last one week.

Earlier, in Budgam, Kashmir, terrorists had shot at two laborers. In which a laborer died shortly after. The second laborer is currently in the hospital. A few hours before this attack on the workers, terrorists entered the bank in Kulgam and shot dead 26-year-old manager Vijay Kumar. Who was a resident of Hanumangarh in Rajasthan.

Mass exodus begins
Fearless terrorists once again started targeting outsiders in Kashmir, then migration from Kashmir also started. Migrants are being forced to leave Kashmir, they say that at the moment they love their lives. How can you work in such an environment? After these incidents, a large number of people are being seen leaving from Kashmir. At the same time, the Modi government is also on the target of the opposition regarding the pictures of these exodus. The opposition alleges that BJP does politics only in the name of Kashmir, the real truth has come in front of the people.

Center directives on target killing
Some instructions have also been issued by the central government regarding the continuous target killing. On Friday, June 3, an important meeting was held in Delhi under the chairmanship of Home Minister Amit Shah. In which all the officers including National Security Advisor Ajit Doval, Army Chief Manoj Pandey and Jammu and Kashmir Lieutenant Governor Manoj Sinha were involved. In this meeting, instructions were given that those who spread terrorism should not be spared under any circumstances, while the security of Kashmiri and all the people coming from outside states was also talked about.