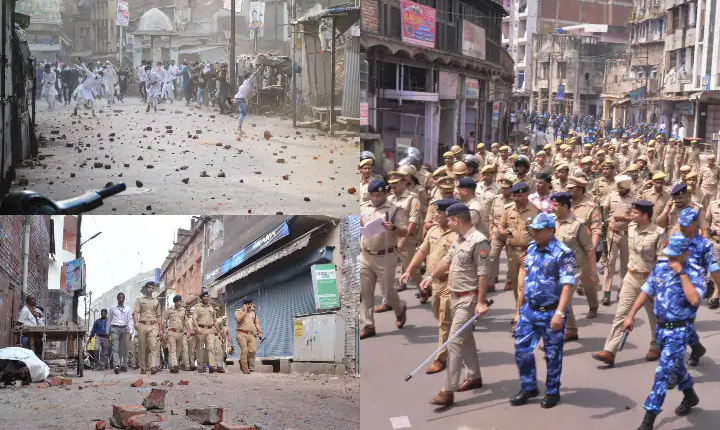 Meanwhile, SIT has been constituted to probe the Kanpur violence. Deputy Commissioner of Police Sanjeev Tyagi will supervise the SIT, while the ATS has also been included in the investigation. At the same time, the investigation of Kanpur violence is also being done from the angle of PFI. The name of Nizam Qureshi, who was associated with the Samajwadi Party, is also coming to the fore in this case, but he has not been arrested yet.

According to news agency PTI, a senior police officer said that the arrested people, including the main accused Hayat Zafar Hashmi, were produced in the special magistrate’s court on Sunday, from where they were sent to 14-day judicial custody. Deputy Commissioner of Police (East) Pramod Kumar said that an application will be made before the court on Monday to take the accused in police custody for 14 days. He said that with the arrests of five other accused on Sunday, the number of people arrested so far has gone up to 29, while more than 100 accused have been identified.

Uttar Pradesh Anti-Terrorism Squad (ATS) Additional Director General of Police Naveen Arora also visited Kanpur on Sunday and interacted with the police teams probing the incident. Kanpur Police Commissioner said that their contacts and relations are being investigated. Meena said the SIT has been asked to identify those inciting communal tension. He said documents related to Social Democratic Party of India (SDPI) and Campus Front of India (CFI) were also found during searches at the premises of Zafar Hayat Hashmi.

He said that action will be taken after collecting the evidence on a purely scientific basis. Police had registered cases against over 500 people on Saturday, a day after the violence and stone-pelting in Kanpur, in which 40 people were injured.