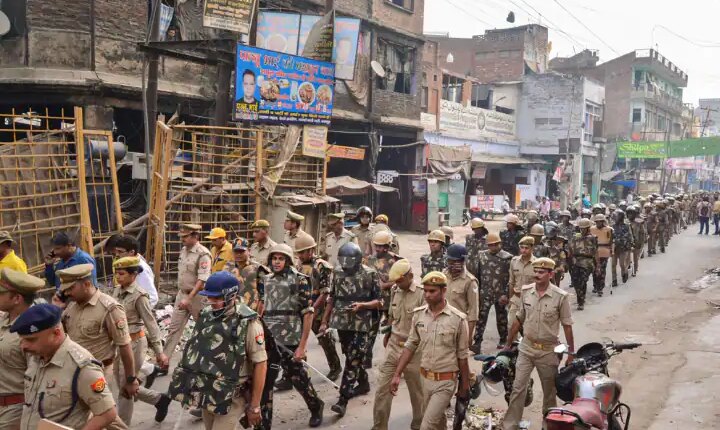 Kanpur Violence: Violence broke out in Kanpur city of Uttar Pradesh after Friday prayers. After Friday prayers, members of two communities came face to face and pelted stones at each other with bricks, a senior police officer said. He said that during this firing also took place. However, the police said that the situation has been brought under control. At the same time, 36 people have been arrested in this case so far. The special thing is that the atmosphere deteriorated when the Prime Minister of the country including President Ram Nath Kovind Narendra Modi was present in Kanpur. At the same time, Uttar Pradesh Chief Minister Yogi Adityanath is looking very serious about this violence. Giving strict instructions, CM Yogi has ordered to take action against those involved in the violence.

1- So far 36 people have been arrested in connection with this ruckus in Kanpur. while the chief minister Yogi Adityanath Has spoken of strict action. The CM said that the culprits of the case will not be spared under any circumstances. After the order of CM Yogi, the police said that the Gangster Act will be imposed on the accused and their property will be confiscated or demolished.

2- In this FIR, 36 people named and about 450 unknown people are facing trial, in which it has been said that the deadly attack of the mob with petrol bombs and stones. The name of PFI’s Parvez Hayat is also among the accused.

3- FIR has been written by a person named Kanhaiya Lal in which it has been said that these mobs were attacking us by shouting slogans. They were saying that, “Kill Hindus, they are all infidels and agents of BJP-RSS.”

5- Police have registered 3 FIRs after investigation so far. At the same time, the police is looking for the mastermind of the violence, Hayat Zafar. Police, Crime Branch teams are raiding to arrest Hayat and his associates. Along with this, the police are also raiding the houses of Hayat’s close friends.

6- IPS Ajaypal Sharma has been specially sent to maintain law and order in Kanpur. At the same time, in view of the atmosphere, 1320 PAC personnel have also been deployed in patrolling.

7- Bahujan Samaj Party supremo Mayawati, while tweeting about the violence, said that during the UP visit of the President and the Prime Minister, the riots and violence in Kanpur were very sad, unfortunate and worrying and also a sign of the failure of the police intelligence. The government has to understand how investment and development is possible in the state in the absence of peace and order. He said that the government should get the matter investigated impartially by rising from caste-religion.

8- SP chief Akhilesh Yadav’s reaction on this matter came. He tweeted, “His Excellency President, Prime Minister and Chief Minister, despite being in the city, due to the failure of the police and intelligence, given by BJP spokesperson Nupur Sharma. From the provocative statement, Kanpur The BJP leader should be arrested for the unrest that took place in the state. We appeal to all to maintain peace.”

9- RLD chief Jayant Chaudhary also did not stop in targeting the government. He tweeted and wrote, “Some people of Kanpur must have dreamed of buying land in Srinagar after the removal of Article 370 in Kashmir. But today there is such a strong government in the country, Kashmir and Kanpur. Kanpur residents need to go to Kashmir. Not there!”

10- According to the police, people from the minority community were angry over BJP spokesperson Nupur Sharma’s alleged derogatory remarks against Prophet Muhammad during a recent televised debate and were trying to shut down shops in the area in protest. Violence broke out later.