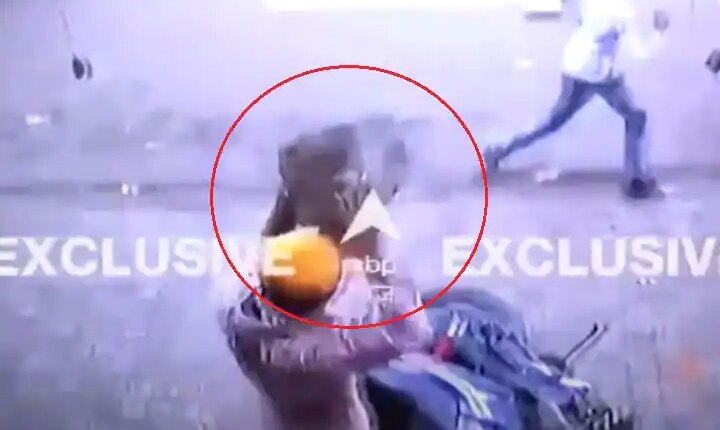 Kanpur Violence: In the case of violence in Kanpur, the police is ensuring the arrest of miscreants. At the same time, the videos and CCTV footage coming out continuously are telling the seriousness of the violence. A new CCTV video of the riots that took place during the violence has surfaced. It is clearly visible in this video that the violence was not a reaction to the action, but was attacked in a pre-planned manner.

In the videos that surfaced, the attackers are seen vandalizing vehicles fiercely, as well as looting goods from shops. In the pictures you can clearly see that the rioters completely broke the bike and also looted the cardboard boxes of cold drinks from the shop. The rioters also looted the goods of the cooler. The intention of the rioters was not only to injure people by pelting stones, bombs, but they also wanted to damage shops and goods.

It was also clear in this video that the rioters used the teenagers as a shield. Teenagers are seen at the forefront of the riots, most of whom have cloth tied over their mouths. Let us tell you, the decision can come today regarding the police remand of Hayat Zafar Hashmi, the main accused of Kanpur violence. UP Police wants to interrogate Zafar Hashmi by taking him in remand for 14 days. Hayat Zafar Hashmi is accused of spreading violence and inciting people in Kanpur. Meanwhile, the UP Police is monitoring five Muslim-dominated areas of Kanpur through drones.

The police probing the Kanpur violence is also scanning the mobile phones and WhatsApp of the arrested accused. As the investigation progresses, new faces are emerging. Many WhatsApp groups have been found in the mobile of violence mastermind Hayat Zafar Hashmi. In this WhatsApp group, the name of Samajwadi Party’s Kanpur MLA Irfan Solanki, SP MLA Amitabh Bajpayee has also appeared. The question is being raised that this is such a group from which an attempt is being made to instigate people. How are the Samajwadi Party leaders named in that group? At the same time, BJP has demanded action against the Samajwadi Party leaders.