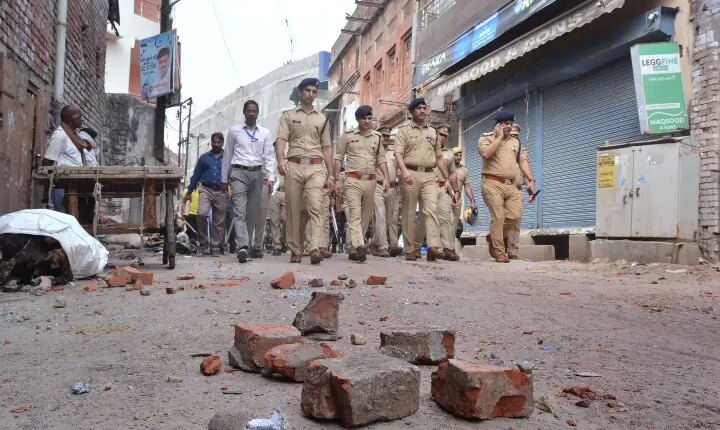 Kanpur Violence: Kanpur Police has released a list of 36 accused in the case of violence and stone pelting on Sunday. The list also mentions SP city secretary Nizam Qureshi, who was sacked by the party on 22 May. Let us tell you that the mastermind of Kanpur Violence, Zafar was presented in the court under tight security on Sunday. Along with Zafar, three other accused were also produced in the court. The court has sent the accused on judicial remand for 14 days. According to the information received, the police will also present 5 other accused in the court tomorrow. There can be many shocking revelations in the interrogation of Zafar. Connection with PFI and the role of political persons behind the riots may also be exposed.

So far, 29 people have been arrested by the police in connection with the violence that took place on June 3 in Bekanganj area of ​​Kanpur. At the same time, FIR has also been registered against many people. The name of Popular Front of India ie PFI is coming out behind this matter. Kanpur Police Commissioner has said that on checking the mobile, it has been found that some material of PFI has been found, from which PFI connection cannot be ruled out. He has told that investigation is being done on all aspects and soon its complete blueprint will be prepared. All the people arrested in the case are from Kanpur. At the same time, now the police has released a list of 36 accused.

Who Is Nupur Sharma Who Gave Objectionable Remarks On Prophet Muhammad