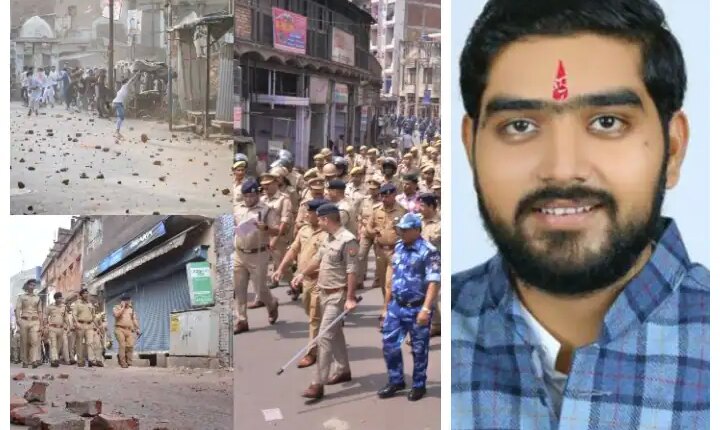 UP BJP Leader Harshit Srivastava Arrested in Kanpur Violence: Investigation is going on regarding Kanpur violence. As the investigation is progressing, the faces of the miscreants involved in the Kanpur violence are getting exposed. Kanpur Police has arrested 54 accused so far. A senior police official said that a local BJP leader and 12 others have been arrested by the police here in connection with the Kanpur violence. Harshit Srivastava, former district secretary of BJP Yuva Morcha, has been arrested for posting inflammatory content on social media platforms.

It is believed that the members of PFI carried out the Kanpur violence with the help of local people. Meanwhile, the police can release posters of some more accused today. Earlier, the picture of 40 accused was released by the police. The team involved in the investigation is scanning the CCTV footage of the mobile phones of the accused and the place of stone pelting. There may be many more arrests in the coming days.

Moose Wala Murder: 10 Days And 8 Arrests, How Was The Planning To Kill Moosewala? The curtain started rising from the mystery of the murder mystery