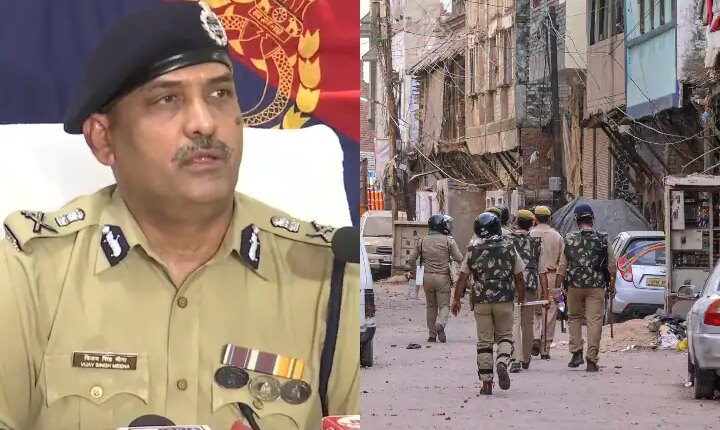 Kanpur Violence Update: Kanpur Police Commissioner Vijay Singh Meena said on the matter of yesterday’s violence that we are reviewing it whether there has been any negligence on our part. If negligence comes to the fore, we will take action. He said that at present our priority is to restore peace. The commissioner also said that we have formed many teams, some teams are checking CCTV, some are conducting raids and some are patrolling. The accused have been arrested by the Crime Branch. He said that we cannot deny that this is a conspiracy.

According to the police commissioner, the accused have given the names of 5-6 people. Efforts are being made to expose this conspiracy. The police is identifying all those rioters who are spoiling the atmosphere of the city. 36 people have been identified and others are being identified. The property of the rioters will be confiscated.

Linking of PFI is being investigated

He told that yesterday some people tried to spoil the atmosphere. There were some miscreants who pelted stones. The police had arrested 18 people in yesterday’s action. Many miscreants were arrested by identifying the troublemakers in the night. Hayat Zafar, Javed Ahmed, Mohammad Rahid, Mohammad Sufiyan were reported to have left the city. Javed runs a portal in Lucknow. All of them were hiding in the office of Javed’s channel in Lucknow. Mobiles have been found from them. Those who are associated with PFI are being investigated. Will demand 14 days remand of all of them.

The Commissioner of Police said that including those arrested today, a total of 24 accused have been arrested so far. Hayat has been arrested from Lucknow. PFI had called a bandh in Manipur and Imphal, in which their role is also being known, although it is still being investigated, whoever will play its role will be arrested. Their funding will also be investigated. Their bank account will be checked.