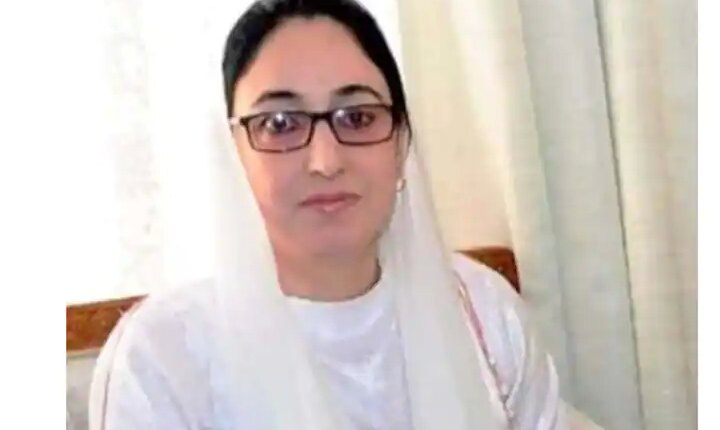 Kashmiri Pandit: After the target killing in Jammu and Kashmir, Kashmiri Pandits announced to leave the valley. Even some people left Kashmir and started living in Jammu. On this matter, Darakshan Andrabi, chairperson of Jammu and Kashmir Waqf Board has said that Kashmiri Pandits are a part of Kashmir, they should not leave their homes. He said that the atmosphere in Kashmir is good. Hindu Muslim brotherhood should remain. Giving an example, he said that when a tooth is damaged, it is not removed, but the work is done to fix it.

Talking on terrorism, he said that those who create fear in the society are not their own, they are outsiders. To compete with these people, we cannot sit with our hands on our hands. These people have to be fought firmly. So while keeping his point on the target killing in the valley, he said that not only Hindus but Muslims are also being victims of this. The name of a Hindu Muslim is not written on the bullet, but it is written to create hatred. The government has been able to put an end to this.

Killing of innocent is not written anywhere in Islam.

A few days ago, Andrabi reached Ajmer to offer chadar at the shrine of Chishti, when she had said that killing of innocent is not written anywhere in Islam. But some people are disturbing the peace of the country by doing target killing. Presenting a chadar in the dargah of Khwaja Moinuddin Hasan Chishti, he prayed for peace in Jammu and Kashmir. During this, in response to the question asked about target killing, he said that that is why I have come to pray for peace. Andrabi said that the central government has created an atmosphere of progress. But some people do not want this and are disturbing the peace by killing the target. Let these people improve and the enemy across the border also has the wisdom that Islam is not even written anywhere to kill innocents.

He said that the Prime Minister of the country Narendra Modi (PM Narendra Modi) dreams that Jammu and Kashmir, which is called the Indian Heaven, should remain a paradise. For this, we will continue to do all possible development works. However, there are some organizations which are trying to defame the country and spoil the atmosphere. Who should now give a befitting reply. Also said that the enemy who hatches a conspiracy across the border and sheds human blood, nothing will happen. Whatever happens will happen through dialogue.