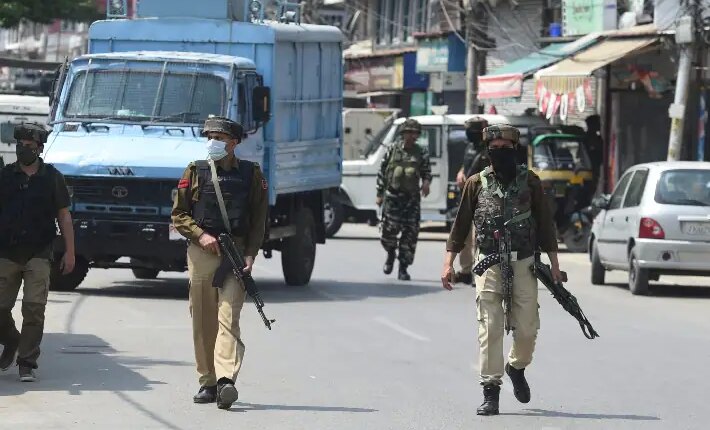 Jammu Kashmir Terrorist Killed in Encounter in Anantnag: Security forces have got great success in Anantnag Encounter of Jammu and Kashmir. The police have killed a dreaded terrorist during the encounter. The name of this terrorist is being told as Nisar Khanday. Three soldiers and civilians were also injured during the encounter. The security forces have recovered arms and ammunition from the slain terrorist. According to the information, the operation of the security forces is still going on.

During the initial exchange of fire, three army personnel and a civilian were injured due to bullet injuries. An official said that the injured have been admitted to a nearby hospital for treatment. The injured were immediately rushed to 92 Base Hospital in Srinagar for treatment and their condition is said to be stable. Kashmir Zone IG Vijay Kumar said that the terrorist commander of the banned terrorist organization HM Nisar Khande has been killed.

Many objectionable materials including AK-47 recovered

An AK-47 rifle, ammunition and many objectionable materials have been recovered from the slain terrorist. Security forces are tracing his background. Before this incident, the terrorists had targeted innocent non-Kashmiri Muslims. Two non-Kashmiri laborers were injured in a hand grenade attack by terrorists in Aglar Jainapora area of ​​Shopian district.

Target killing is terror in Jammu and Kashmir!

Red Bull, Ferrari and Mercedes say ‘no way’ of staying below budget cap as they fear F1 penalties