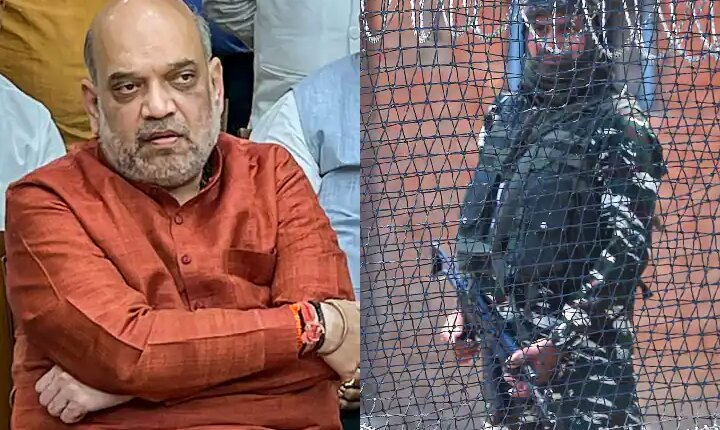 Target Killing: In Jammu and Kashmir, terrorists have once again targeted the common citizen. On Wednesday, terrorists shot a civilian near his residence in Shopian district, in which he was injured. The incident took place at around 8:45 pm near Farooq Ahmed Sheikh residence at Keegam in the district, a police officer said. He said that the injured was taken to the nearest Pulwama hospital where his condition is said to be stable.

In view of the target killing, Union Home Minister Amit Shah will preside over the high-level meeting on Friday. This will be the second such meeting in less than 15 days. Officials said that the meeting will be attended by Lieutenant Governor of Jammu and Kashmir Manoj Sinha, NSA Ajit Doval and DGP of Jammu and Kashmir and concerned officials of the Ministry of Home Affairs.

In the last meeting, the Home Minister had advocated for active and coordinated counter-terrorist operations. At the same time, the security forces were asked to ensure that there were no incidents of cross-border infiltration and the union territory was asked to wipe out terrorism.

Let us inform that on Tuesday, a female teacher living in Samba district of Jammu region was killed by terrorists after entering the school in Kulgam. On May 24, Saifullah Qadri, a policeman, was shot dead outside his residence in Srinagar, while two days later in Budgam, a television artiste, Amrin Bhat, was shot dead.

Earlier on May 18, terrorists hurled a grenade after entering a liquor shop in North Kashmir’s Baramulla, killing one person from Jammu region and injuring three others.

On May 12, terrorists killed Kashmiri Pandit Rahul Bhat in Chadoora area of ​​Budgam district of Kashmir, after which crores of Kashmiri Pandits working under the Prime Minister’s package since 2012 secured their transfer to the Valley. There are protests against doing the place.

Big announcement of Jammu and Kashmir government, employees working under PMRP will be posted in safe places