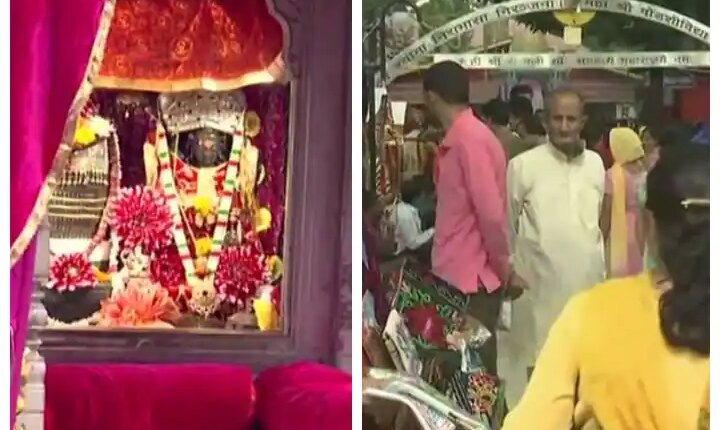 Jammu Kashmir Kheer Bhawani Mela: There is an atmosphere of panic in the valley amid several incidents of target killings. On the one hand, the army is continuously cracking down on the terrorists. So the Kheer Bhawani Yatra has started once again under the shadow of terror. After two years, a fair is being held at Kheer Bhawani Temple in Ganderbal amidst target killing in the Kashmir Valley. A large number of devotees have reached Ganderbal to participate in this fair. On Tuesday, the bus of pilgrims from Jammu reached Ganderbal.

The Kheer Bhavani Yatra was closed for two years during the Corona period, but this year, due to target killing, the organization of Kashmiri Pandits decided to postpone the yatra. But some devotees have reached Ganderbal under the shadow of fear.

Kheer Bhavani fair amidst panic in the valley

Amidst the atmosphere of terror in the valley, 250 devotees reached the Kheer Bhavani temple by bus on Tuesday. Most of them include migrant Kashmir Pandits. All of them had left from Jammu in a fleet of government buses on Tuesday to visit the Kheer Bhavani temple in Ganderbal district of central Kashmir. Officials said that elaborate security arrangements have been made here. Due to the outbreak of COVID-19, this fair is being organized after a gap of almost two years.

How far is Kheer Bhavani Temple from Srinagar?

Adequate security arrangements have been made in both the Jammu and Kashmir divisions for the successful completion of the pilgrimage. Kheer Bhawani Temple is about 35 km from Srinagar. Kheer Bhavani is considered to be the deity of Kashmiri Pandits. Every year Kheer Bhavani Festival is celebrated here. Kheer Bhavani fairs are organized in five temples across Kashmir. The pilgrims will visit the temple on Wednesday and return to Jammu a day later.