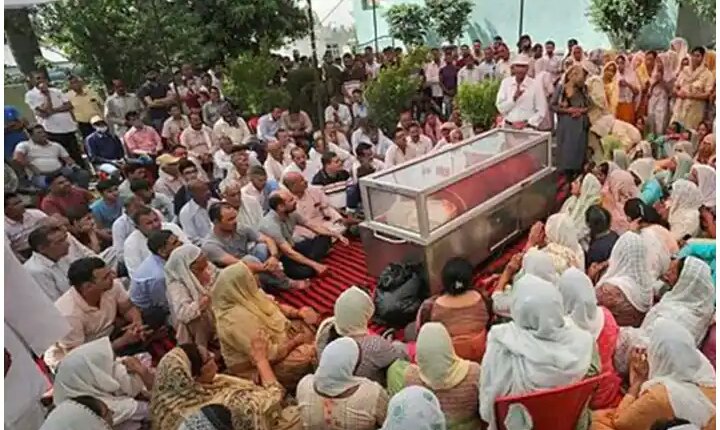 Jammu Target Killing: The pain of being uprooted from their land keeps raging throughout life, but for the Hindu Pandits of the Union Territory of Jammu and Kashmir (Jammu-Kashmir). This tea is acting as an ointment. These people are so afraid of target killing that mass exodus from their own soil is the only way left for them. happening in this state Hindu government employees working in the Kashmir Valley for the last 15 years against target killings have done a mass exodus and do not want to go back to the valley. Panicked over the murder of teacher Rajni Bala on Tuesday, the government employees of the Valley demonstrated in Jammu on Thursday, June 2 and submitted their memorandum to the DM.