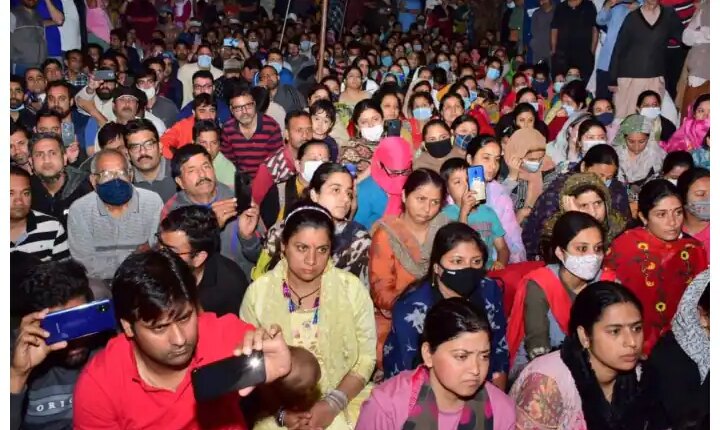 PMRP Employees: The Jammu and Kashmir government has announced that all Kashmiri Pandit employees working under the Prime Minister’s Rehabilitation Package (PMRP) will be transferred by posting to safer places by June 6. . After a high level meeting at the Secretariat today, the top officials said that all PM package workers posted in Kashmir division and other people of minority communities should be immediately shifted to safe places. Will be deployed and this process will be completed by Monday 6th June, 2022.

According to official figures, around 4,500 migrant workers have been deployed in district or city/urban areas.

Around 500 employees were shifted to safer places at their preferred location in the last week and this includes around 100 employee pairs. Apart from the migrant workers, these places will be considered for posting as per the option till Saturday. In the wake of the killing of Kashmiri Pandit employee Rahul Bhat, they are protesting against the administration and demanding their transfer from Kashmir. Kashmiri Pandit Rahul Bhat was murdered inside his office in Chadoora, Budgam.

Government took steps before the ultimatum of Kashmiri Pandits

After the shooting of a female school teacher Rajni Bala in Gopalpora of Kulgam district on Tuesday, Kashmiri Pandit employees have intensified the agitation. The protesting Kashmiri Pandits had threatened to flee to Jammu if they failed to address their concerns within 24 hours. This announcement of the government comes before the end of the ultimatum set by Kashmiri Pandits.