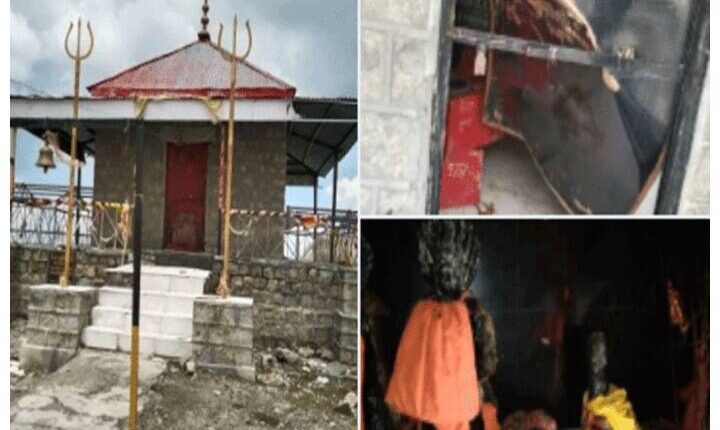 Jammu Doda Vasuki Nag Temple Attack: Bhaderwah in Doda, JammuBhaderwahVasuki Nag Temple located in ) has been attacked by some unknown people. The people there are very angry about this attack that took place late on Sunday night. People have now come out on the streets in protest against this attack. The people of the Hindu organization have expressed their displeasure by blowing up the tyre. People are demanding action against the attackers. Police investigation is going on in this case.

There is an ancient Vasuki Nag temple in Bhaderwah of Doda, about 185 km from Jammu. Bhaderwah is also known as Bhadrakashi. Even the priests were stunned to see the temple vandalized in the early hours of Monday. He immediately informed the police about it. The attack on the temple took place on Sunday night or early morning. As soon as the people of the area got to know about this, they got angry. On the call of Hindu organizations, people started protesting fiercely. Tires are being burnt on the roads. There the protests continue continuously.

Incessant attacks on temples in Jammu

For the past several days, Hindu temples in Jammu are on target. There is constant sabotage going on here. Vasuki Nag Temple has also been included in this episode. The sabotage came to light when the priest arrived here in the morning. As soon as the people of the area got information about the sabotage A huge crowd gathered outside the temple. People have started expressing their anger over the attack on the temple. They are demanding to nab the attackers and take action against them. People say that this temple is very ancient and their faith is attached to it. Action should be taken against those who vandalized the temple at the earliest.

Not only were the doors, windows broken in this temple, but an attempt was made to damage the idols inside the temple. Stones were also thrown at the idols. According to the information, their faces were broken due to stone pelting on the idols. Many idols have also been badly damaged.