It’s not Apple or Tesla, but Inrix has data from 500 million vehicles 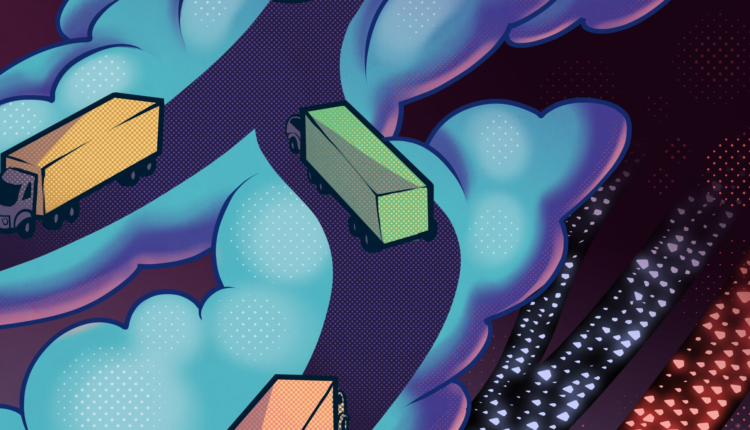 Cars and trucks move along the Cross Bronx Expressway, a notorious stretch of highway in New York City that is often choked with traffic and contributes to pollution and poor air quality on November 16, 2021 in New York City.

In this weekly series, CNBC takes a look at companies that made the inaugural Disruptor 50 list, 10 years later.

Transportation has been a big part of the CNBC Disruptor 50 list since its inception in 2013, and some of the original transport disruptors have become household names.

This includes Waze — at that time an Israeli GPS start-up with little brand recognition in the U.S. compared to Garmin or TomTom — which was acquired by Google for over $1 billion and has long since become critical to the driving public’s avoidance of speeding tickets and knowledge of the nearest Dunkin’ Donuts. Uber, which despite its stock struggles, has undeniably changed basic ideas about urban mobility. And SpaceX, which is taking transportation disruption to its most ambitious ends.

But another name on that original D50 list remains less well-known to the public, but it is a key link in planning the future of transportation: Inrix.

The company, now almost two decades old (it was founded in 2004), remains under the radar, but its reach in understanding the complexities and challenges in transportation is growing. TomTom is still a competitor, too. When Inrix, based outside Seattle in Kirkland, Washington, launched, a pressing issue was the fact that the world was still relying on helicopters to monitor traffic. “That was state of the art to figure out what was going on,” says Bryan Mistele, CEO and co-founder, and a former Microsoft and Ford executive.

This week, Apple played up its CarPlay technology at WWDC, and it might be neat to have Siri adjust the temperature in your car one day, but Inrix has on its to-do list a range of tasks from reducing the climate footprint of city traffic through means including optimization of traffic signal timing, to plotting out how autonomous robotaxis will operate within cities, picking up and dropping off passengers, and finding their own parking when needed.

The core of the company’s mission hasn’t changed: its intelligent mobility, based on GPS data. Mining GPS data from cars and phones got the company off the ground and to clients like IBM, Amazon, and automakers. The biggest changes since its early years are moving beyond the core data to a software-as-a-service model, and that model is being adopted by its biggest-growing customer segment: cities like New York and London and additional geographies around the world including Dubai.

Inrix still works closely with many private sector clients, including auto giants such as BMW and GM. In fact, one of its most recent deals is a cloud-based software venture with GM that overlaps with one of the biggest goals of public sector agencies: reducing crashes and fatalities. Inrix and GM are using data from GM vehicles on air bag deployments, hard braking and seatbelt usage, as well as from the U.S. Census, as part of a data dashboard for city planners with a “Vision Zero” goal of no road fatalities.

“There are 1.3 million people killed annually in crashes,” Mistele said.

Those numbers have been rising in recent years, too, specifically in the U.S., with a record set in 2021.

The recent passage of the $1.2 trillion Bipartisan Infrastructure Law (BIL) includes roughly $5 billion in discretionary funds as part of the Safe Streets and Roads for All Grant Program, which will help the public sector tackle the issue.

“Roadway analytics are a big area of revenue growth,” Mistele said. “There is an enormous amount of money flowing into the public sector from the infrastructure bill,” he said.

Traffic data software-as-a-service is now as much as 30% of the company’s overall business and growing at a compound annual growth rate of 40%.

The “zero” vision also overlaps with the goal of making transportation carbon neutral and reducing the number of accidents, ultimately through autonomous vehicle use.

About a year ago, Inrix launched a traffic signal timing product, which in pilot cities such as Austin, Texas, has demonstrated a 7% decrease in congestion “from doing nothing other than optimizing traffic signals,” Mistele said. The Florida Department of Transportation has also adopted the technology. “Every second of delay is 800,000 tons of carbon, or 175,000 vehicles,” he said.

While full self-driving and autonomous urban mobility have progressed slower than the most ambitious forecasts, it is moving ahead and just last week GM’s Cruise self-driving robotaxi business received approval in San Francisco.

“We are big believers in ‘ACES,'” Mistele said, referring to “autonomous, connected, electric, shared” vehicles. Moving to a mobility-as-a-service model will become increasingly linked to the rise of autonomous transportation. “Instead of driving into a city and parking for eight hours, in most urban areas you will see mobility delivered as a service and shared,” he said. “How do you make it happen? By giving vehicles better information,” he added.

He is a believer that ‘ACES’ and robotaxis will make transportation safer, but that will require them receiving data on everything from road closures to parking dropoff areas. “We do meter by meter mapping of these urban areas … curbside management will get more complex,” he said.

According to Mistele, even though there is always lots of hype with new technology and a “coming back to reality” period, the progress made by companies including Cruise and Waymo in the robotaxi space and Nuro in robo-delivery of consumer goods like pizza, the deployments taking place now in cities, and the growing production of autonomous vehicles, leads him to believe that over the next decade this will be a transportation model in use in most of the top urban areas.

“I don’t think we will see it pervasive across the entire U.S., in rural areas where there is no need or use cases. But EVs and autonomous, and moving more to mobility-as-a-service will be pervasive,” he said.

There was a moment early on in the pandemic when the world literally stopped moving that Inrix had a worry about its business, but that didn’t last very long. In fact, Mistele says the radical changes in mobility patterns never seen before March 2020 have increased the need for planners, whether in mass transit or business, to better understand vehicle data, and it was the pandemic moment that became critical to its pivot to a software-as-a-service model.

As one example, he said companies in the tire sector needed more than ever before to analyze data on miles driven — the No. 1 variable in that niche — to determine consumer demand and appropriate manufacturing levels. And in the retail sector, companies were trying to understand traffic patterns and whether to close stores, or move stores to new locations.

Inrix’s data has less obvious uses as well, such as in financial services, where hedge funds want to know how many people visit a car dealership, what’s going on at a retail distribution center, and the traffic into and out of ports, especially with the supply chain under intense pressure during the pandemic.

The company has 1,300 customers today across its growing public sector business, its private enterprise business, which includes companies as diverse as IBM’s The Weather Channel and Chick-fil-A, and the auto sector.

Inrix has been profitable for most of its history, operating off of its own cash flow since the 2005-2007 period. “Some years growth is better than others,” Mistele said, and the customer ratio can change — with new use cases emerging during the pandemic and auto sales dipping for a few years before a big rebound — but the company does double-digit growth on an annual basis.

And after almost twenty years as a private company — with it largest investors including venture capital firm Venrock, August Capital, and Porsche — it almost pulled the trigger on an initial public offer before the market for IPOs closed. Over a recent period of six months, it had worked “very heavily” on an IPO transaction and was very close to filing the securities documents. “We even had the ticker reserved,” Mistele said. “We were ready to go, but the market tanked on us after Russia invaded Ukraine,” he said.

One of the oldest Disruptors is in a holding pattern for now with its exit strategy, but Mistele said it will be evaluating the market every few months.

Sign up for our weekly, original newsletter that goes beyond the annual Disruptor 50 list, offering a closer look at list-making companies and their innovative founders.

Stick with profitable, recession-proof stocks to avoid a ‘crisis’