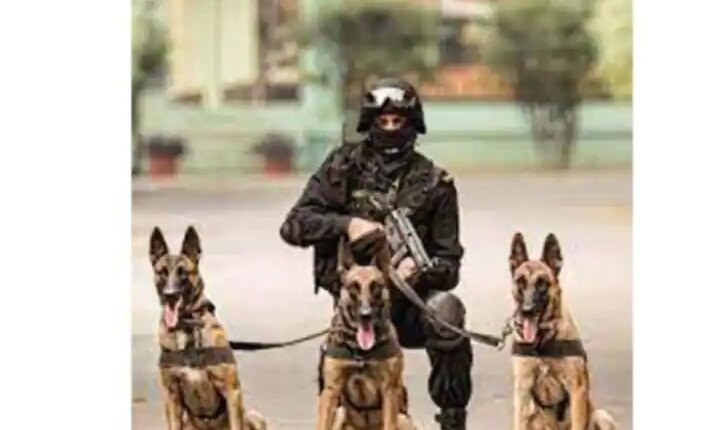 Woman Dog Trainer: Taking the initiative, the Indo-Tibetan Border Police (ITBP) has deployed 8 female soldiers for the training and operation of the Melinois Dog. Malinois is a well-known dog breed that serves with ITBP Soldiers deployed in left extremism-affected areas and also protects civilians during various investigative operations.

This is the first time that such an innovative effort has been made in the Central Armed Police Forces. With this, the country’s first CAPF to deploy ITBP as female dog handlers. Proud to be.

Will play an active role soon

The counter is placed at the front of the Area Domination Patrol (ADP) in the insurgency grid to give an early warning to the handler along with the dog. Therefore, now these women dog handlers will serve shoulder to shoulder along with the jawans of the force. These women will fulfill this role fully from when these Melinois dogs pass out from ITBP National Training Center for Dogs (NTCD) at Basic Training Center Bhanu near Panchkula.

3 month old dogs will be trained

These Melinois Pups – Spark, Axl, Julie, Charlie, Ronnie, Annie, Mary and Tuffy are almost 3 months old. These women handlers will be given Tactical Basic Obedience Training, after which ITBP will deploy these dual-purpose K9 teams as Patrol Explosive Detection Dogs (PEDD). ITBP is a mountain trained force deployed for the border security of India and China.

read this also: Viral Video: ITBP jawans were seen entertaining themselves like this, playing in knee-deep snow

read this also: Amit Shah went on Arunachal Pradesh tour, attended ‘Bada Khana’, had a meal with the security forces

CEOs on gas, renewables and the energy crisis