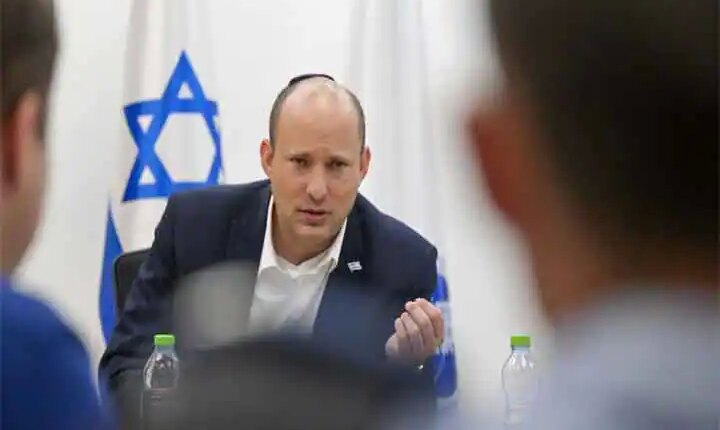 Israel-Iran Relations: Israeli Prime Minister Naftali Bennett accused Iran of stealing the Internal UN Nuclear Watchdog Reports. According to Bennett, Iran stole the report as part of a plan to devise ways to evade investigations into its nuclear program. Neither Tehran nor the International Atomic Energy Agency (IAEA) immediately responded to requests for comment about the allegations, according to AFP.

Israel’s allegations appear to be part of a campaign it is running to prevent major powers from renewing the 2015 Iranian nuclear deal in the stalled Vienna talks.

Bennett made allegations in social media post
“Iran stole confidential (IAEA) documents … and used that information to evade a nuclear probe,” Bennett said in a social media post. “How do we know? Because we had an eye on Iran’s deception plan.” Bennett quoted an Iranian defense official as saying that “sooner or later they (the IAEA) will ask us, and we need a comprehensive cover story for them “

Iran claims its nuclear program is peaceful. Israel, Washington and the IAEA have long clarified that they believe Iran has a coordinated nuclear weapons program as far back as 2003.

The IAEA, which spent more than a decade investigating Iran’s past activities, is now seeking Iran’s response to the origins of uranium particles found at three undisclosed sites.

Israel is not a party to those talks, but it has some influence over foreign powers. Israel’s Foreign Minister Yair Lapid told Tel Aviv radio station 103 FM: “We are saying: this is not a good deal, and there will be no disaster if it is not signed.”

Russia Ukraine War: Russia occupied half of the city of Severodonetsk, Ukraine said – our soldiers are still fighting