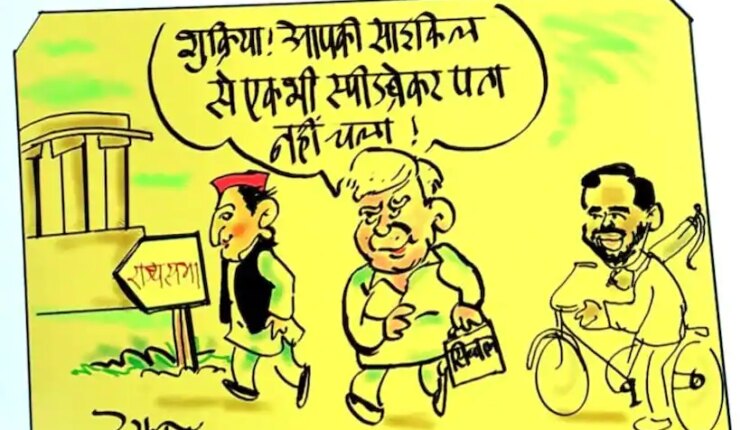 Irfan Ka Cartoon: On Friday, 41 candidates were declared elected unopposed for the Rajya Sabha. Among these candidates Kapil Sibal (Kapil Sibal) is also included. Actually, after being in Congress for a long time, Kapil Sibal resigned and filed nomination as an independent candidate for Rajya Sabha with the support of Samajwadi Party. Today the famous cartoonist Irfan has made a cartoon on this whole story.

Kapil Sibal, Samajwadi Party chief Akhilesh Yadav are seen in Irrfan’s cartoon. In this cartoon, Kapil Sibal and Akhilesh are moving towards Rajya Sabha. In the cartoon, Sibal says to Akhilesh Yadav, thank you, not a single speedbreaker was detected from your cycle.

Let us tell you, the candidates include many names including Rajiv Shukla, Kapil Sibal, Misa Bharti of Rashtriya Janata Dal and Jayant Chaudhary of Rashtriya Lok Dal etc. It is worth noting that among the unopposed candidates, all 11 candidates from Uttar Pradesh, five from Bihar, three from Madhya Pradesh, two each from Chhattisgarh, Punjab and Jharkhand and one from Uttarakhand have been declared elected without any contest.