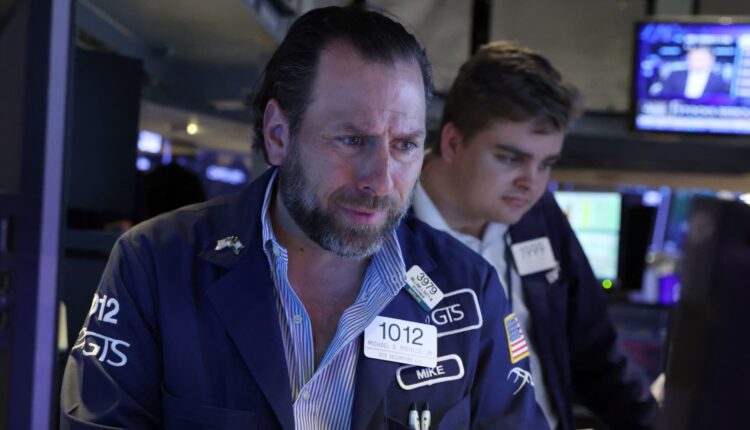 The stock market may try to regain its footing in the next few sessions, even as a fresh inflation report looms large at the end of the week.

Stocks struggled to move forward in the past week. With Friday’s sell-off, the major indexes were on track to finish out the four-day period with losses. That was disappointing to investors looking for a similar upside to the week before Memorial Day during which the S&P 500 gained about 6.5%.

“The type of rally like we saw last week and some of what it contained looks a little more typical of bear market rallies,” she said. “I still think you’re likely to get countertrend pops in some of the more speculative areas of the market. … But I think very decidedly the low quality trade is in the rearview mirror. I think to do well in this environment you have to be value minded. Not value indexes, but valuation minded.”

While the S&P 500 briefly dipped into a bear market on May 20, it has not closed with a 20% decline from its high. However, Sonders said the current situation is the equivalent of a bear market, based on the sharp declines in individual stocks.

Sonders does not yet see signs that would indicate stocks could turn higher, though she says there is scope for more sharp rallies.

“I think the sentiment environment is not universally bearish enough yet,” she said. She said sentiment and behavioral measures need to show extremes.

In the coming week, the economic calendar is relatively light. Consumer price index and consumer sentiment — both released on Friday — are the most important reports.

May’s CPI is expected to be just slightly cooler than April, and economists are expecting it could confirm that inflation has peaked. Art Hogan, chief market strategist at National Securities, said year-over-year headline inflation is expected at 8.2%, just below April’s 8.3% pace.

“If CPI comes in at or near consensus, I think investors could feel better,” he said. Hogan said the market’s late May breakout helped sentiment, even though stocks backtracked in the past week. “Investors are in a more constructive place, and that can carry through if CPI is anywhere near consensus or better,” he said.

Headline inflation, including food and energy, was running at 8.5% in March, and the hope is that CPI will ease from here to half that level by year-end, Hogan said.

Diane Swonk, chief economist at Grant Thornton, said CPI will be affected by the jump in gasoline prices in May. Used car prices could also be a factor, and food costs will also continue to rise, she added.

“Everyone’s hoping for this peak inflation, but it may be more elusive and less of a peak than people would like it to be,” Swonk said.

Schwab’s Sonders said the market may be concerned in the short term about whether inflation has peaked.

“But it’s not just whether we’re at the peak. It’s the speed at which we come down off that peak and ultimately to what level,” she said. “Is the [Federal Reserve] on a mission to get inflation down to the 2% target? Or are they going to feel comfortable with a 3% level. … To me, it’s where does the plane land? Is the runway at a higher elevation than it was pre-pandemic?”

While there are few earnings reports in the coming week, Hogan said companies could follow Microsoft’s lead and issue warnings. Microsoft lowered its guidance on revenues, citing an unfavorable currency impact. Salesforce also lowered revenue guidance due to currency.

“Investors are at least looking through that. At least, it’s not a demand issue. They’re focusing on the higher dollar and what it might do to multinationals,” he said.

Sonders said weakening earnings and profit margin outlooks could trigger another leg down for the market.

Sonders said the market rallies need to show better breadth, meaning a high percentage of stocks climbing together, before it begins to turn.

Another sign she is watching is the put/call ratio, which would need to be a higher level to reflect more pessimism. This ratio is used as a contrarian indicator. It is a measure of the number of put to call options. Put options bet that stock prices decline and a high number would suggest very negative sentiment in the market.