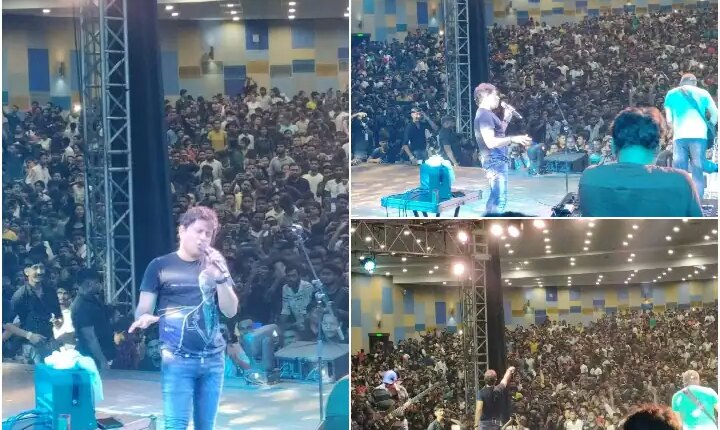 KK Death Mytery: Bollywood’s famous singer Krishnakumar Kunnath, known by his fans as KK, passed away on Tuesday night in Kolkata. He was 53 years old. KK had arrived to give a performance in a function organized in a college in Kolkata. His health deteriorated during the live show in the program. After singing for about an hour, KK reached back to his hotel and collapsed. After which KK was admitted to a private hospital in South Kolkata.

But KK died before treatment in the hospital. Doctors have expressed the possibility of KK’s death due to heart attack. But questions are being raised about the death of Bollywood singer KK. Many news related to KK’s death are now coming to the fore, in which doubts are being raised about the possibility of his death being normal. Many questions have started arising regarding KK’s death. However, the real cause of KK’s death will be revealed only after the post-mortem examination. Let us tell you which reasons are being counted behind KK’s death under suspicious circumstances.

Questions are being raised on the organizers

The biggest reason behind the reason behind KK’s death is being told by the organizers of the show to the mismanagement. Let us inform that around 5000 people had reached the concert, where the concert was taking place, there is a capacity of only 2000-2500 people. Gas was also used to disperse the crowd, but still some people forcibly entered the venue. Regarding which former West Bengal BJP President Dilip Ghosh has raised questions. He has targeted the state government over KK’s death. Dilip Ghosh said that the way the program was organized was not right. It should be investigated. He said that without AC, KK had to work in such a crowd. There was more crowd than the capacity at the venue and the ACs were also not working there. Somewhere for this reason KK’s health did not deteriorate, it should be investigated.

Earlier the cause of KK’s death was being told to heart attack. But now news is coming out that injury marks have been found on KK’s head. This question is arising because there are always some people with KK. At the time when his health deteriorated during the show, it is possible that the people around him would have taken him to the hotel. In such a situation, getting injury marks on KK’s head raises doubts. In such a situation, what happened in the middle of reaching the hotel from the venue to the hotel that it is being said that there are injury marks on his head. Somewhere this injury on the head did not become the cause of KK’s death. Behral, ​​the police have started investigating the case by registering a case. The post-mortem of KK’s body will be done in the hospital today. After which the exact cause of KK’s death will be known.

Till now, the information that is coming out about KK’s death has been due to heart attack. But now it is coming out about KK’s death that he has died in an unnatural way. Injury marks have also been found on KK’s face. This thing can make the fans of KK restless, in which it is being said that there are injury marks on his face and lips. Have these marks come due to the fall of KK or is there some other reason for this. Since then the show’s organizers and hotel staff have come under suspicion. Police has registered a case and started its investigation. If sources are to be believed, the police can interrogate them.

KK returned to the hotel after his health deteriorated during the live show. It is being told that KK had fallen after reaching the hotel. According to the information received, Singer KK had also vomited after reaching the hotel. Did KK eat something that made his health worse and he vomited? The police have questioned the shift manager of the hotel about this. During interrogation, the police tried to know at what time KK had come to the hotel? who was with him? What kind of food did KK eat when he reached the hotel?

Why was he taken to a hotel instead of a hospital?

The biggest question about KK’s death raises doubts that when his health deteriorated during the live show itself. In such a situation, why was he brought to the hotel instead of being taken to the hospital? It is being told that KK was feeling uncomfortable only while singing in the live show. It cannot be denied that KK may not have informed its staff and organizers about this. If KK was feeling uncomfortable then why was he not immediately given any medical help at the venue. Then why was he brought to the hotel instead of the hospital? Bahral police is investigating the matter. The post-mortem of KK’s body will be done today. After which the secrets related to his death will be revealed.

Funds For Parties: BJP got 477 crore donation in the year 2020-21, you will be shocked to know the amount of Congress

KK Death: Injury on the lips, mark on the head… Suspense increased over the death of singer KK, police filed a case, BJP raised questions