Inflation continues to surge. Here’s what people will spend more on 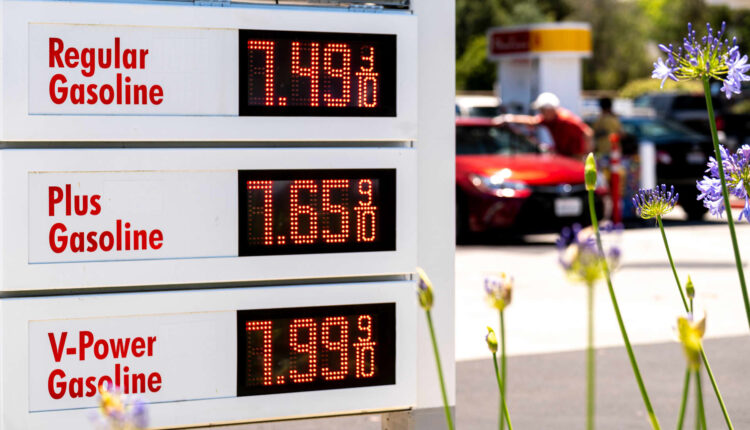 Fuel prices at a Shell station in Menlo Park, California, US, on Thursday, June 9, 2022.

Americans are still grappling with the worst inflation in roughly 40 years, and many are changing their spending habits to keep up.

In May, prices were 8.6% higher than they were a year ago, according to the Consumer Price Index report from the U.S. Bureau of Labor Statistics. Some of the biggest drivers were increased costs associated with food, shelter and energy.

Due to these price increases, 61% of Americans saying they’re worried about their financial situation, according to a survey of more than 1,000 adults conducted by Toluna from March 23 to 29.

Many Americans now expect they’ll have to spend more on a range of purchases, from personal care and home improvements to experiences such as vacations.

“Just like any other time you have a change in situation, such as a change in your job or you’re planning to buy a home, it’s a great time to review your expenses for the past three to six months,” said Roger Ma, a certified financial planner, founder of New York-based lifelaidout and author of the book “Work Your Money, Not Your Life: How to Balance Your Career and Personal Finances to Get What You Want.”

Doing such an audit of your recent spending can help you ensure that you know where your money is going and recalibrate if it’s being directed away from your financial goals.

Because inflation is pushing up prices so rapidly, Ma suggests checking in with your spending and revising your budget frequently.

“Plan it out a couple of months at a time,” he said.

In addition, because inflation is so broad-based, people may have to get creative in finding ways to trim their budgets. Ma noted that he’s seen clients cancel some subscriptions, as well as change their grocery shopping lists — from buying more generic items instead of brands to swapping pricier steak for less-expensive chicken, or even foregoing meat entirely.

Clients are saying “I was getting this fancy milk, but I’m fine with getting the grocery brand milk,” he said. “People are totally making these types of decisions to make it fit within their budget.”

The good news is that many consumers are already making the spending changes they need to adjust to rising prices.

More than half of Americans said they’re willing to try new brands of food and drinks, cleaning supplies and personal care products to keep costs down, and about a quarter have already made a switch, according to the Toluna survey.

At the same time, if you’re having trouble cutting costs, it’s also a good time to see if you could potentially make more money, Ma said.

That means considering switching jobs in the red-hot market or launching a side hustle that could bring in some extra money to help you balance spending.

How does inflation impact your savings? The “rule of 72” may help