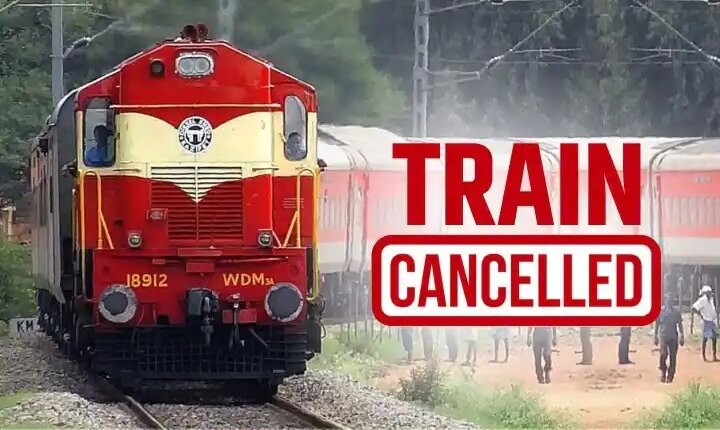 Train Canceled List of 1 June 2022: Indian Railways is the fourth largest rail network in the world and the second largest in Asia. Railway is considered to be the lifeline of common Indians. Every day lakhs of people travel by train to reach their destination address. In such a situation, the railways also takes full care of the convenience of the passengers. But, sometimes due to different reasons, trains have to be cancelled, diverted and rescheduled. In such a situation, the passengers have to face a lot of inconvenience.

Let us tell you that there are many different reasons behind canceling, diverting and rescheduling the train. Sometimes trains have to be canceled due to bad weather like floods, storms etc. Apart from this, due to the repair of railway tracks, trains have to be canceled (Train Cancel List of 1 June 2022). Every day a large number of trains run on the railway tracks. Therefore, their proper maintenance is very important. In such a situation, due to this also the train has to be cancelled, diverted or rescheduled. If you are also going to travel by train today, then once you must check the list of today’s divert, reschedule or cancel trains. So let’s know about this.